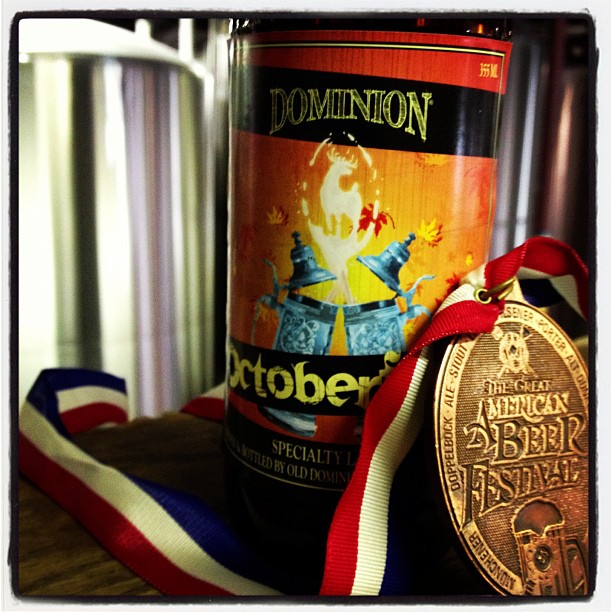 Brewed in the style of a traditional German Maerzen, Octoberfest is one of the brewery’s seasonal varieties. This amber colored lager contains three hop varieties, Tradition, Saaz, and Hallertau, and eight malts, including Vienna, Munich, Caramunich, Wheat, Dark Crystal, Carafoam and Chocolate. At 6.0% ABV and 20 IBUs, it is beer the way the beer gods intended it to be.

Casey Hollingsworth, Dominion Vice President of Sales, stated, “”You can always tell when it’s time to brew Octoberfest, as there is a giddiness around the brewery. There is such a rich tradition behind this style and brand so we get really excited and fired up to share it with people.”

Dominion Octoberfest is a GABF Gold Medal Winner and took bronze at last year’s GABF competition in Denver. It will be available in six-packs and on draft.

Based on shared values and a common philosophy of quality brewing, Fordham Brewing & Dominion Brewing joined forces in 2007 and consolidated operations in 2009. The First State is now home to the Fordham & Dominion Brewing Co., where beer lovers from near and far are able to stop by, get to know us, and enjoy our handcrafted beer and soda. Our roots run deep throughout the Mid-Atlantic region and we remain dedicated to our craft. Throughout our history, we have always believed in two things: the beer we make and the people who drink it.