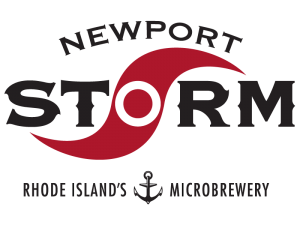 Newport, RI — With a focus on citrus hops from the southern hemisphere and an oak barrel finish, this double India Pale Ale from Newport Storm is just the thing to get hysterical about- if you’re into that sort of thing.

Mass HysteRIa, the brewery’s latest foray into barrel aged beers, is a medley of old world/new world brewing techniques and has an ingredient list that spans the globe! For this particular brew, Brewmaster Derek Luke chose unique hops that couple well with a second generation rum barrel. Copious amounts of Cluster hops, the first hop ever cultivated in the US, were mixed with New Zealand Orbit, Bavarian Mandarina and Australian Summer Leaf hops invoking substantial citrus, melon and tangerine notes that indulge the senses. Far from the days of holding rum in its bowels, the hops shine and take advantage of the toasted oak flavors the barrels contain.

“Holy hop potpourri! This beer will please the hop heads everywhere with its invigorating floral and citrus aromas,” says assistant brewer Jason Tsangarides, “once you take a whiff, the hysteria won’t let you put this one of a kind brew down!”

Close to 100 cases of this full-flavored brew were made and distribution of Mass HysteRIa will begin locally as early as October 20th! While it is unlikely this 22oz bomber beer will inspire chaos on the magnitude of a city wide paranormal outbreak from an 80s movie, the Storm crew encourages you to err on the side of caution and snatch this limited edition brew up while you can!

For more information on Mass HysteRIa and all of Newport Storm’s beers go to www.newportstorm.com. The Storm crew will be making daily posts on where you can find Mass HysteRIa starting Monday October 20th, so be sure to like them on Facebook at https://www.facebook.com/NewportStorm. Cheers!

Coastal Extreme Brewing Company is Rhode Island’s Microbrewery, brewing Newport Storm beers since 1999. In the spring of 2010 they built a new facility in the north end of Newport on JT Connell Road. Their Visitors Center is open for tours and tastings from 12pm-5pm Sunday, Monday and Wednesday and 12-6pm on Thursday, Friday and Saturday (closed Tuesday). Newport Storm beer continues to be distributed throughout RI, MA, CT, and MI with their beer lines including three year round beers: Hurricane Amber Ale, Rhode Island Blueberry, and India Pale Ale, their Storm of the Season beers, and limited release beers like their Barrel Aged Beer Program and Annual Limited Release Series of bottle-conditioned beers. Their beers are offered in a variety of packages ranging from kegs to bottles to cans.