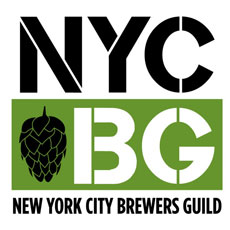 A special VIP seating opens up the event from 12:30 pm – 1:30 pm where ticketholders can meet acclaimed brewers, and taste rare brews as well as their latest and greatest new releases (the VIP and general admission beer lists will be announced soon). 508 Gastrobrewery’s brewer Chris Cuzme curates the music showcasing the “Banded Brewers” (a group comprised of musicians employed by or associated with breweries in attendance) and DJ sets, and select artisan food trucks will provide delicious eats, including Jimmy’s No. 43’s Beer & BBQ Truck. The full food truck and music line-up will be announced soon. General Admission is $10, beers are $5 each, and in advance of the event, 5 beers can be purchased for $20. Food is sold separately. Tickets to “Blocktoberfest” can be purchased via Eventbrite.

“I’m really looking forward to 2015 NYC Beer Week,” says Kelly Taylor (President of the New York City Brewers Guild, Co-Founder/Brewer at KelSo Beer Company, Brewmaster at Heartland Brewery). “Our aim is to triple the number of Partner Venues and to have some extraordinary beer events and festivities throughout the city for those 10 days. From the newly resuscitated Ruppert’s Cup, to the inaugural ‘First Tap’ of the week, there promises to be engaging, unique, and, of course, beer centric events every night and in every borough, proving NYC is, once again, a great city for great beer.”

The mission of the New York City Brewers Guild is to advocate for and promote awareness of its local brewing members; to increase the visibility of local beers through innovative events, programming, and consumer education; and to foster a healthy, ethical, and growth-focused craft beer industry throughout the city. The New York City Brewers Guild is a 501[c]6 non-profit founded to advance New York City’s brewing industry – and thereby lessen human misery. The 7th Annual New York City Beer Week continues a beloved citywide celebration of the breadth of exceptional craft beers from around the region and around the world!