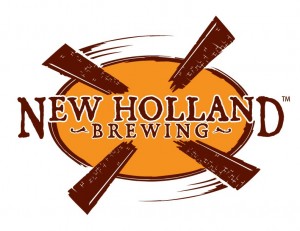 Holland, Michigan — In a series of recent announcements and restructuring, New Holland Brewing is proud to announce a new Vice President of Sales — Adam Lambert. Lambert, previously the VP of Sales for Delaware’s Dogfish Head Craft Brewery, will join the team in mid November.

“We are so excited to have Adam join our New Holland team and further develop and inspire our talented sales crew,” says New Holland President and Co-founder, Brett VanderKamp. “Adam is a passionate individual and has a way of seeing the big picture and forward momentum, while keeping the craft experience intact.”

Lambert has spent the last 20 years learning from just about every angle of the beverage industry. Starting as a grocery store liquor clerk and growing to his most recent position as Vice President of Sales for Dogfish Head Craft Brewery. Prior to working for Dogfish Head, Adam spent 6 years as National Sales and Marketing Manager for Rogue Ales.

“I’ve worked for two of the most incredible craft breweries on either side of the country and I’m excited to take on an important role with a third craft icon, New Holland in Michigan, a place I’ve always had deep admiration for,” states Lambert. “As an avid brand watcher I’ve admired all that New Holland’s team has accomplished and I’m truly thrilled to join them in their efforts to move their brand and the craft landscape forward.”

“We have great respect and admiration for the brands and teams Adam has been a part of,” says Fred Bueltmann, who has led the New Holland sales effort up until his recent transition into Vice President of Brand and Lifestyle “As part of the craft family, it feels like we’ve been working together as long as we’ve known each other, which spans a couple of decades. Adam shares our vision of strengthening and empowering our brand and company to make the world a better place through handcrafted food and drink.”

New Holland’s recent growth includes yesterday’s announcement to open a second brewpub and mirco-distillery in Grand Rapids, a recent 1M renovation to its Pub on 8th in Holland, additional expansion planned in 2015 for its Production Campus and further distribution of beer into 26 states and spirits into 16 states, as well as Washington D.C. and Ontario.

“Growth isn’t just about more sales or larger distribution,” says VanderKamp. “It’s about surrounding yourself with smart, engaging and passionate people who are willing to look one another in the eye and say ‘What’s next?’ Adam is the kind of person we want on our team as we continue to develop our company and brand as the ultimate art project.”

New Holland Brewing Company’s deep roots in the craft industry go back to 1997. Their role as an integral member of the artisan approach is something they take seriously, yet engage lightheartedly. They believe the art of craft lives in fostering rich experiences for their customers, through creating authentic beer, spirits and food while providing great service. Recognized for their creativity and artistry, their mission to improve the lives of craft consumers everywhere is seen in their diverse, balanced collection of beer and spirits.