After years of debate over how to best reduce the federal excise tax rate on brewers, two of the beer industry’s leading organizations — the Brewers Association and the Beer Institute — have finally come together in support of a single bill.

For years, the BA and the BI have disagreed on the best way to reduce federal excise taxes on brewers and pushed behind separate pieces of legislation — the Small BREW Act and the Fair BEER Act. Elements of both bills are now included in the Craft Modernization Act.

BI president Jim McGreevy told Brebwound that his organization fully supports Sen. Wyden’s bill. The BA, however, despite being “100 percent” in support of the new bill, said it would continue to support the Small BREW Act, which it has championed (in various forms) over the last five years. That bill seeks to slash the federal excise tax rates, but only for brewers producing less than 6 million barrels. The Fair BEER Act, however, extends cuts to large domestic brewers and importers.

“This is uncharted territory for us,” BA chief Bob Pease told Brewbound. “We are absolutely in support of the Wyden bill, but I think you could support both pieces of legislation at the same time.”

Nevertheless, Pease said the organization’s “active engagement” will be more geared towards the Craft Modernization Act and that it would be working more closely with the BI to rally support from Congress.

And while each group issued separate press statements announcing the new bill today, Pease said the BA will look to jointly develop future press communications with the BI going forward.

Both Pease and McGreevy agreed that Sen. Wyden was the catalyst who brought all industry stakeholders together to offer their support of a unified bill.

“I think the BA has pretty consistently maintained that we would be open to compromise but it would need to be driven by one of our legislative champions,” Pease said. “We started to hear more consistently that members (of Congress) wanted to see one bill. Now we can go back to them and say ‘hey, we heard you, we got together and hopefully we are giving you what you want.”

So what’s at stake?

Industry figureheads on both sides have argued that cutting taxes would enable companies to create jobs and reinvest in their businesses. The BA has claimed that the Small BREW Act alone would cost approximately $64 million, with all tax savings retained in America, while the Fair BEER Act on its own would cost $150 million, sending $59 million of that overseas.

It’s still unclear how much the Craft Modernization Act will cost, though it is currently being reviewed by the Joint Committee on Taxation, Pease said.

“It will be more expensive than Fair BEER and Small BREW, but industry coalition will offset those costs,” he said.

Hopworks owner Christian Ettinger said his company will produce 16,000 barrels of beer in 2015 and the proposed excise tax reductions would mean an additional $56,000 in annual savings. Ettinger said he would likely reinvest that money into additional fermentation tanks, which would enable to him to add 4,000 more barrels of capacity and hire three new employees.

“This really helps the vast majority of craft business be a little more competitive,” he said. “I think it is okay to give the small brewer a little bit of a competitive advantage. I would much rather spend that hard earned money on my family business then give it to the federal government.”

McGreevy believes the odds of a bill actually passing improve with the two groups now aligned.

“I have always been looking towards this outcome, because I think we are stronger together than separate,” he said. “We are stronger speaking together with one voice.”

McGreevy added that his trade group would encourage sponsors of the Fair BEER Act to extend their support of Sen. Wyden’s latest effort. 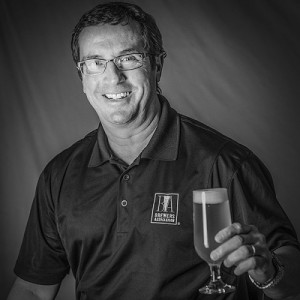 In a statement, Pease said the introduction of the newest bill was made possible by the efforts of small brewers who have, over the years, traveled to Capitol Hill, met with lawmakers and emphasized the importance of reform.

“Small brewers are economic engines in this country, and the Brewers Association supports legislation that will bolster their ability to produce great beers and create jobs,” Pease said.

In a letter to his organization’s members, Pease added the BA still supports the Small BREW Act, but called the latest bill a “good compromise.”

The National Beer Wholesalers Association, which has in the past endorsed the BI’s bill, issued a statement of its own in support of the latest proposal to slash taxes for beer companies in the U.S.

“This legislation is a step in the right direction as it recognizes that excise tax reform should reflect current industry structure and apply to all brewers and importers,” said NBWA president Craig Purser in a news release. “Sen. Wyden and his staff are to be commended for recognizing the importance of seeking consensus when it comes to tax policy.”

The scope of the bill encompasses more than just tax reform, however. In its current form, it would also remove bond requirements, extend filing periods, simplify rules of record keeping and returns, while also lifting other burdens on the hard cider, wine, and distilled spirits industry.