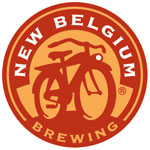 FT. COLLINS, CO — New Belgium Brewing, maker of Fat Tire Amber Ale, is calling all filmmakers, beer-lovers and videographers! New Belgium’s Clips of Faith (www.clipsoffaith.com) is in its third year and searching for short films of the tasty variety.

Clips of Faith is an 18-city tour where people can savor beers from New Belgium’s esoteric Lips of Faith series, along with some popular classics, while enjoying short films and raising money for local nonprofits. Since its inception two years ago, the tour has raised more than $91,000 for local philanthropic organizations and shown nearly 40 amateur films.

“We really enjoy working with all the creative folks in our community of beer drinkers to bring the event together,” said Christie Catania, Clips of Faith Manager-at-Large. “The whole evening is a remarkable collaboration of passions — hand-made films with hand-made beer. We look forward to bringing out some new unique beers and putting together the final cut of the 2012 show.”

Over the last two seasons, New Belgium has received nearly 200 film submissions, with approximately 20 selections making each tour. This year, all selected entries will receive a custom gift from New Belgium and screenings in 18 cities.

To enter, upload your film by April 16 to www.clipsoffaith.com. The guidelines include:

In 2010 and 2011, some of the selected storylines included a paddling trip through whaling waters, a talking beer bottle sketch comedy and an absurdist spaghetti western. Film genres ranged from comedic shorts, animation and environmental documentaries to tales about the beloved bike.

Here is the 2012 Clips of Faith schedule; venues will be announced at a later date.