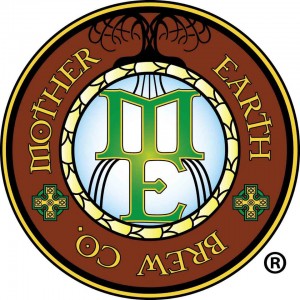 “Why does something so seemingly wrong, have to be so suspiciously right? Premium British crystal and roasted malts meld with a Maris Otter base and American hops, giving way to a brown sugar and peanut butter essence that finishes beautifully.” So writes Co-Founder and Head Brewer Kamron Khannakhjavani on the label back.

In speaking about Sin Tax, Daniel Love, Co-Founder and General Manager of Mother Earth Brew Co said; “We first developed this beer over two years ago as a specialty draft for one of our retail partners. It was so popular that we started bringing it back on a rotational basis in our own tasting rooms; however it sold out as quickly as it went on tap! We quickly realized that customers wanted us to brew Sin Tax year round and to have it available in bottles as well as on draft. We listened, and with our recent expansion in both production and distribution, we are extremely happy that we have made their wish, a reality.”

Draft and bottles are shipping now and are available throughout the entire Mother Earth/Stone network.

“Sin Tax” merchandise will also be available at a special release event being held at Mother Earth’s two locations in Vista on Saturday, December 14th, to coincide with the bottle release and as part of Mother Earth’s “12 Days of Christmas.”

About Mother Earth
Founded in 2010, Mother Earth Brew Co. develops hand crafted artisanal ales in both year-round, as well as seasonal and specialty offerings. Its award winning beers help define the standard of West Coast Craft and have led to year over year growth of over 100% since its inception. With two tasting locations within the City of Vista including a large Tap Room that anchors the historic Vista Village District, Mother Earth is proud to be a part of the San Diego craft scene and its many premier craft breweries.