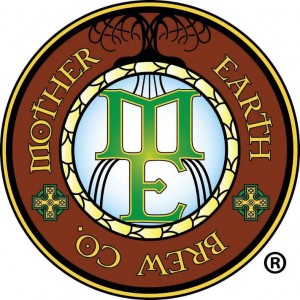 “The legendary friendship between Washington and Lafayette, American and Frenchman, helped forge our country’s independence in the 18th century. That camaraderie is replayed in 2014.” So begins the narrative written by Mother Earth Co-Founder and General Manager Daniel Love regarding this historic collaboration.

Loosely translated and paraphrased to; “Local artisans, thinking globally to bring the best of both cultures together.” In this case, “Printemps Houblon‘ale” — a hoppy beer for spring.

In planning since mid-2013, this collaboration has Mathieu and Olivier joining the Mother Earth team at their Vista brewing facility to create a special interpretation of the classic Tripel. Brewing will occur on February 9th.

In addition, Mother Earth has selected “Printemps Houblon’ale” to be the first offering of their soon to be announced, “Four Seasons of Mother Earth” specialty release program. This initiative, tied to the change of the seasons, will feature a changing pallet of four specialty and barrel-aged beers, released in limited draft and bottles each and every year. Additional information on “four seasons” will be available in early March.

Mathieu and Olivier will not be returning to France empty handed either. Three Hundred cases of “Printemps” will be heading to France to solidify the friendship forged together in this collaboration.

To celebrate the happening and to feature beers from both breweries for all to enjoy, Come meet the entire collaboration team at a very special Master Brewers dinner to be held on Monday, February 10th at Churchill’s Pub & Grille in San Marcos, CA. Reservations are available now by contacting the pub directly at 760/471-8773. Menu information is available via the link below and seating is extremely limited.

Founded in 2010, Mother Earth Brew Co. develops hand crafted artisanal ales in both year-round, as well as seasonal and specialty offerings. Its award winning beers help define the standard of West Coast Craft and have led to year over year growth of over 100% since its inception. With two tasting locations within the City of Vista including a large Tap Room that anchors the historic Vista Village District, Mother Earth is proud to be a part of the San Diego craft scene and its many premier craft breweries.