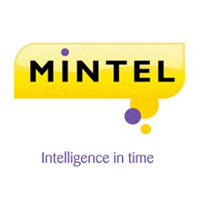 Despite declining performance for domestic and imported beer, the craft beer market has risen strongly and appears poised for even greater heights, according to a new report from market research firm Mintel.

The report reveals that sales of craft beer more than doubled from $5.7 billion in 2007 to $12 billion in 2012. And the upward trend shouldn’t stop there; Mintel also forecasts that by 2017, craft beer sales will reach $18 billion.

“Unlike its domestic and imported beer counterparts, craft beer has been able to defy overall beer market trends and continue expansion during the economic downturn and subsequent slow recovery,” Jennifer Zegler, a beverage analyst at Mintel, said in a press release. “While the craft and craft-style beer category remains a small segment of the $78 billion U.S. beer industry, the category has been able to stabilize the overall beer industry, which has experienced volume declines in the domestic and imported beer categories since 2008.”

Statistical data reaffirms Mintel’s optimistic outlook for craft beer. Mintel polling indicated that 24 percent of beer drinkers said that they drank more craft beer sold at stores in 2012 as compared to 2011, and 22 percent claim they consumed more craft beer in bars or restaurants.

Mintel identifies consumers aged 25-34 as the craft beer market’s primary age range. While 50 percent within this age range drink craft beer, only 36 percent of all other U.S. consumers drink craft. This age range also notes taste as an important part of drinking craft. 43 percent of millennials and Generation X prefer the taste of craft to domestic, compared to 32 percent of Baby Boomers.

Moreover, Mintel notes that “corporate-owned craft-style brands such as Blue Moon, Leinenkugel’s, and Shock Top are offering consumers a point of entry into the segment through wide availability, mainstream marketing, and approachable taste profiles.”

And while “full-flavored craft beer options [are] not yet an everyday choice for most beer drinkers,” Mintel noted that 45 percent of consumers say they would try more craft beers if they knew about them.

“Despite the variety of beer releases created by craft breweries, craft beers are not yet everyday beer choices for most drinkers due to a lack of understanding about their taste profiles,” Zegler said. “To continue growing, craft beer must be its own best advocate and expand appeal beyond millennials who are most likely to consume craft beer. An additional barrier is lack of knowledge. Craft brewers need to focus on education through tastings and classes that inform consumers about the differentiation in flavor between craft beer and other alcoholic drinks.”

A sense of community and local pride has added to craft beer’s consumer appeal. Mintel found that 50 percent of craft beer drinkers express interest in locally-made beer, 25 percent are interested in buying craft beer where it was brewed, and 39 percent are influenced to buy craft beer that has a relatable personality.

“Buying local is not limited to supporting one’s homebase; it also provides consumers with the ability to support towns that they do not currently call home,” Zegler said. “To bring that local feel to consumers regardless of location, craft breweries should consider partnering to create multibrewery variety packs that would offer consumers a taste of one city, state, or region. These taste-of-an-area packages would allow consumers to experience smaller breweries from their own or other geographies.”