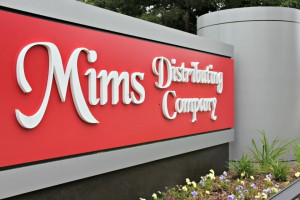 RALEIGH, N.C. — Mims Distributing Company, a wholesale beverage distributor in North Carolina, is helping families in need this Thanksgiving by donating 18 turkeys, 640 cases of non-alcoholic beverages and miscellaneous canned and dry food items to the Food Bank of Central & Eastern North Carolina, the state’s oldest and largest food bank. The Food Bank will then distribute the turkeys to families in its 34-county distribution area, where 560,000 people are at risk of hunger. This is the second year Mims Distributing has donated turkeys as well as partnered with the Food Bank to provide both food and nonperishables to residents in the Triangle and surrounding areas.

The Food Bank of Central & Eastern North Carolina is a nonprofit organization that served individuals and families in the Triangle for more than 30 years. In order to keep hunger at bay in the area, the Food Bank depends on the generosity of a network of more than 800 partner agencies such as soup kitchens, food pantries, shelters, and programs for children and adults. All donated food is distributed through warehouses in Durham, Greenville, New Bern, Raleigh, the Sandhills (Southern Pines) and Wilmington. This year, the Food Bank distributed a record-breaking 53.6 million pounds of food to those in need in its distribution area.

Additionally, Mims Distributing will continue its annual tradition of providing turkeys to its employees as part of its ongoing efforts to give back during this holiday season.

“The Food Bank of Central & Eastern North Carolina is an essential resource for families in need at this time of year,” said Chip Mims, CEO of Mims Distributing. “We are proud to donate and make a difference in the lives of so many right here in our community.”

Mims Distributing Company, established in 1964 in Raleigh, North Carolina, is a family-owned beer and wine distributor servicing the entire state of North Carolina. The company offers the MillerCoors brands that domestic beer fans enjoy, and maintains extensive knowledge of what’s brewing in the craft beer industry. These expert brew sellers also share their passion for excellent beers on Tales from the Cask, a popular award-winning craft beer podcast covering everything from locally grown hops to seasonal ales and beyond. A proponent of the Triangle’s craft beer explosion, Mims Distributing offers favorites from AleSmith Brewing Company, Anchor Brewing, Carolina Brewing Company and Sierra Nevada Brewing, to name a few. Mims Distributing also recently reentered the wine distribution business. In addition to believing in the delicious beers and wines they sell, Mims Distributing is committed to supporting the local community, donating more than $60,000 in financial and in-kind donations to area nonprofits each year. A family-friendly company, Mims Distributing was the recipient of the 2013 and 2014 Carolina Parent Family-Friendly 50 award. Mims Distributing is also dedicated to sustainability as a way of life, and in 2013 was recognized with a Triangle Commercial Real Estate Women (TCREW) Champion Award in the Green and Sustainability category, as well as named a top three “green” Triangle business by Raleigh Downtowner Magazine. As always, Mims Distributing advocates for drinking in moderation. For more information, visit http://www.mimsdistributing.com.