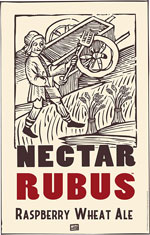 In March, news broke that a dispute over the use of the name “Marble,” with respect to breweries was launched by Jeffery Jinnett, the Owner of Marble Brewery in Albuquerque, New Mexico.

Adam Palmer, the Co-Founder of Marble City Brewing Company in Knoxville didn’t want to release any beer under the Marble City name for fear of being sued for monetary damages.

The two parties finally got together to discuss the particulars of the lawsuit.

“Well Jeff from Marble traveled to Knoxville to meet with us and wanted to make it clear that they weren’t trying to stop us from making beer,” said Palmer. “Their goal was simply to protect their trademark.”

“We are still working with them on how to make everyone happy, but as it stands we are Marble City Brewing Company and they are Marble Brewery,” said Palmer. “They made us feel very comfortable putting product out in the marketplace without having to fear the pursuit of any monetary damages.”

Palmer released the beer on Tuesday May 10th, and is already having trouble keeping it on tap at their 12 accounts.

“It’s been very well received,” he said. “We launched the beer at the Bearden Beer Market and they went through 2 kegs in an hour.”

Marble City’s beer is currently being sold draught-only in the Knoxville market, but they are quickly approaching nearly 20 accounts that feature the Nectar Rubus on tap.

In two weeks, Palmer plans on releasing their summer seasonal amber ale. Following that will be fall and winter seasonal offerings.

Marble City Brewing Company operates on a 25 barrel system that is capable of producing 5,000 barrels of beer annually, but Palmer isn’t getting ahead of himself

“I think we are going to need about 2 months to figure out how steady this is going to go,” he said. “
But if we could hit about 1,000 barrels this year, I think it would be a great start.

For more information on where to find Marble City Beer visit their facebook page.