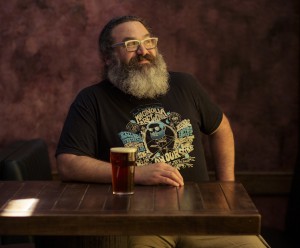 Magnolia Brewing needed only one day to fund its expansion.

Using the crowdfunding platform Bolstr, an online marketplace where entrepreneurs can access capital from accredited investors, the San Francisco brewery raised $150,000 in less than 24 hours.

With the money, Magnolia will purchase additional brewing, packaging and laboratory equipment to expand production, and plans to roll out a line of packaged beers. To date, Magnolia products have been available only on draft and in growlers.

“We couldn’t make enough beer to meet demand at the original brewery but now, with more capacity, we are finally able to expand our distribution footprint and grow beer sales,” said co-founder Dave McLean. “Working with Bolstr was the easiest way to quickly fund the capital expenditures required to keep up with our pace of growth.”

Before opening its second brewery in 2014, a 30-barrel facility in San Francisco’s Dogpatch District, Magnolia had operated a 7-barrel brewpub in the city’s Haight-Ashbury district. While still operational, the expansion is focused at the Dogpatch brewery and accompanying Smokestack BBQ joint.

Per the terms of Magnolia’s Bolstr campaign, the brewery will pay 1.5 percent of its monthly revenues to its investors, divided proportionally by the size of each investment and until the investment is paid back at a pre-determined multiple, though no equity will be forfeited. It’s that potential for a quick return on investment that has drawn nearly 1,000 accredited investors to register on the website, said Bolstr founder Larry Baker.

“We think one of the fundamental pieces is that investors are seeing liquidity on their investment,” he explained. “On a monthly basis, they’re seeing direct deposits into their bank accounts.”

Magnolia isn’t the only brewery to complete a successful fundraising campaign on Bolstr. In the summer of 2014, Two Beers Brewing of Seattle raised $115,000 to help facilitate an expansion that ultimately tripled its capacity. Chicago’s Arcade Brewery, too, was able to raise $22,500.

Getting completely funded quickly is part of the appeal of the platform, said Baker, who added that there were a couple of investors who had spread money around to multiple brewery projects on the website.

“These individuals then become some of the biggest brand evangelists out there, where they’re really excited about this craft beer brewer or distillery, and to share their product in a geographic area they might not get exposure,” added Baker. “It’s an interesting blend of a social and financial experience for them.”

In the case of Magnolia, according to the campaign page, the investment from Bolstr users has a security interest in case of default, which comes with an asset lien valued at $100,000.