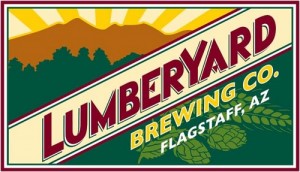 The package represents Flagstaff’s lumber era with the knotty pine characteristic wrapping the can. The National Forests are one of Flagstaff’s greatest attractions with Ponderosa Pine trees surrounding this mountain town. The package is ringed with PakTech ring holders, which are 100% recyclable.

Lumberyard Brewing Company opened in May 2010 in historic downtown Flagstaff. Owners, Winnie and Evan Hanseth rehabilitated one of the last remaining buildings of Flagstaff’s lumber era to expand into a unique space for packaging their award winning ales and lagers. The couple also owns Beaver Street Brewery that is located a block away from Lumberyard Brewing Company and has been open since March 1994.