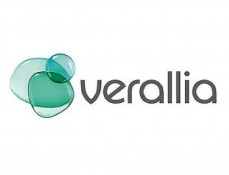 According to the Brewers Association, Lagunitas Brewing Company is the nation’s sixth-largest craft brewery and 13th-largest American Brewery based on 2012 sales volume and is growing at more than 70 percent in the first quarter of 2013. The craft brewery was originally founded in 1993 by Chicago native Tony Magee in Lagunitas, California. The company currently operates a 160,000 square-foot brewery in Petaluma, Calif., producing more than 400,000 barrels a year, employs 260 people and exclusively uses glass to bottle its beer. After the $25 million Chicago plant is complete toward the end of 2013, Lagunitas Brewing Company will employ 350 workers and will initially have capacity to produce 600,000 barrels annually. Verallia North America has been directly supplying Lagunitas with glass beer bottles since 2007.

“Lagunitas Brewing Company couldn’t have reached this pivotal point without the strength and support of Verallia, in particular,” stated Tony Magee, founder and chief executive officer of Lagunitas Brewing Company. “The company took a big risk on us, years ago, when we first started buying our glass beer bottles direct — well before OEMs were even talking to brewers of our size. Together, we’ve made tectonic change in the perceptions, practices and supplier relationships within the craft brewing industry.

“Our close working relationship with Verallia has been the single most significant contributing factor to Lagunitas’ ability to accommodate its historic sales growth, basic operational efficiency and ultimately its profitability. We’re on a lightning-fast growth trajectory and we give a lot of credit to Verallia. We are confident in our expansion plans because we have a strong proponent in Verallia to help ensure consistency, quality and accountability across the organization, production and product line.”

“We’ve been embedded in America’s beer culture for nearly 125 years,” said Clint Gawart, Director of Sales for Verallia North America’s Beer Sector. “Our glass beer bottles have quietly given rise to some of the industry’s biggest brands in the traditional beer sector, and in more recent years, they have served as the foundation for craft brews with some of the largest followings, most recognizable flavors and most distinguished awards. Craft brewing in America is on the rise. Last year, this entrepreneurial market grew by 15 percent in volume as compared to 1 percent growth in the overall beer sector. Verallia North America is committed to playing just as visible of a role in the craft beer category as we have historically with traditional beer.

“Everyone at Verallia North America is excited to be part of this high-growth chapter in Lagunitas Brewing Company’s success story. This is a strong relationship because our companies are both passionate about the success of the craft beer industry, operating environmentally-friendly businesses and offering the market innovative, relevant products. We also leverage each other’s strengths. For instance, Verallia North America lends Lagunitas a legacy of glass packaging expertise and access to a national production and distribution infrastructure, while Lagunitas shares its contagious entrepreneurial spirit and intuitive ability to predict and influence marketplace behavior. It’s been a wonderful success story and we’re honored to serve such an important role in Lagunitas’ future.”