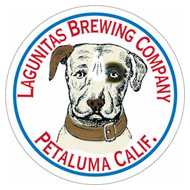 Unlike recent expansion stories from larger brands Sierra Nevada and New Belgium, in the case of Lagunitas, the announcement didn’t involve back-and-forth deliberations between final choice cities, press conferences with the Governor, or red carpet treatment for local beer bloggers. It was just the news, sent in six, 140-character messages.

“ÔÇªfound a perfect space on a movie soundstage complex so I rented it,” Magee tweeted. 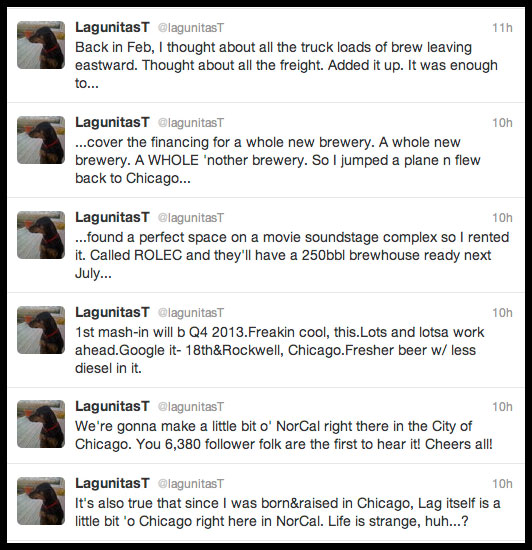 That complex, Cinespace Chicago, will be home to a new 250-barrel brewhouse which is expected to go online in late 2013.

Magee said that after assessing the costs associated with shipping his beer from Petaluma, Calif. to the East Coast, it made more financial sense to build a second location. The company’s new 250-barrel brewhouse in Petaluma is capable of churning out 800,000 barrels of beer annually.

For a brewery with the motto “beer speaks, people mumble,” its founder sure has been mumbling quite a lot lately. In the last month, Magee dished on his plans to ‘de-commoditize’ barley, announced nationwide distribution plans, and sent out last night’s expansion message.

The overall takeaway? Lagunitas will be spoken more frequently than ever. In 2010 the Brewers Association placed Lagunitas at just 17th in beer sales volume. But the company grew 60 percent in 2011, to over 160,000 barrels, likely placing it in the top 10 when the official 2011 numbers are released.

If that’s the case, the expansion will make Lagunitas the third top-10 craft brewer to announce an East Coast push in the last 3 months.