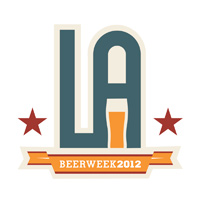 LOS ANGELES, CA – Unless you’ve been under a rock and/or ignoring our stellar press releases/blog posts, you should be more than aware that the 4th Annual LA Beer Week is nigh, taking place from September 20-30, 2012. And you’ve undoubtedly read about Unity (the official beer of LA Beer Week), and all the other prickly pear beers being made by local breweries, right? OK, good. Just checking.

Now, we’d like to draw your attention to some of the stellar events happening throughout this glorious 11-day period, which—as you of course know—culminates with the signature LA Beer Week Festival at Union Station. Here’s a rundown of some of the killer events taking place. To see all of them, simply click on each date to go to our calendar for that respective day. (How convenient, no?)

There are also some special events taking place over the entirety of LA Beer Week (9/20-9/30), including:

And even more taking place over the course of several days, including:

LA Beer Week is an annual celebration of local beer culture, taking place throughout Los Angeles & Orange Counties (and their respective environs) from September 20-30. Enlightened bars, restaurants, bottle shops, and breweries will come together to present a large number of events all around town, with focused tastings, educational seminars, and beer pairing dinners to please craft beer aficionados and neophytes alike. These resplendent activities culminate with the signature LA Beer Week Festival on September 30, from 12-4pm at the historic Union Station. $50 pre-sale tickets for the flagship festival are available now, which entitle attendees to unlimited 4oz. tasters of beer from over 70 of the world’s most respected craft and artisan breweries.