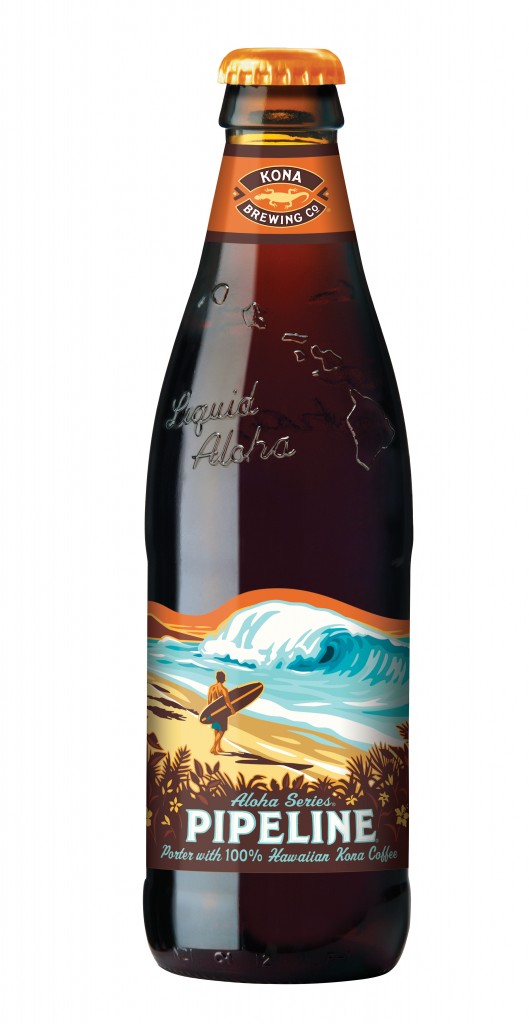 Inspired by Banzai Pipeline’s pounding winter waves on the North Shore of Oahu, Pipeline Porter will be available on grocer’s shelves and on draught across the U.S. mainland and Hawaii from mid-September through December 2013. A highly anticipated beer in the Midwest, Pipeline Porter has received many recent accolades including top three finishes at the Great American Beer Festival, the Great International Beer and Cider Competition, and the Australian International Beer Awards.

“This is our longest-running Aloha Series seasonal, and we are thrilled to bring it to the Midwest for the first time this year,” said Kona Brewing Company president Mattson Davis. “Pipeline Porter uses Kona coffee beans, which are among the best in the world and help round out the rich porter’s flavor. This brew is great in any weather, but Kona beer lovers on the mainland know that the best time to drink a Pipeline Porter is when craving a little warmth to cut through the chill of a brisk night.”

Served year-round in Hawaii, Pipeline Porter has 5.3% ABV and an IBU of 23. Pipeline Porter is currently sold in stores and on draught in 36 states, and beer lovers can find exactly where with Kona Brewing’s online beerfinder.