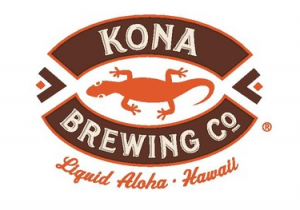 Kailua-Kona, Big Island of Hawaii – Kona Brewing Company has announced the appointment of experienced brewer Billy Smith as Brewmaster for Kona Brewing Company in Hawaii. While this is Smith’s first time brewing on the islands, he is no stranger to Kona, having brewed Kona beers since 2008 on the mainland.

As Brewmaster for Kona Brewing’s flagship brewery on the Big Island in Kailua-Kona, Smith oversees the entire brewery operation, leading a team of 11 brewers.

A native of Indiana, Smith homebrewed alongside his father beginning at age 13, and joined Craft Brew Alliance (CBA) as a brewer six years ago in Woodinville, WA before being promoted to lead brewer. He was then promoted to Brewmaster at Redhook’s facility in Portsmouth, NH where heoversaw brewing for CBA’s flagship brands Kona Brewing, Widmer Brothers, Redhook, and Omission. Under his leadership, the Portsmouth brewery grew from 90,000 barrels in 2010 to 190,000 barrels in 2013.

“This is a dream job for me,” Smith said about his new role. “Being able to make world-class beer in the beautiful state of Hawaii — it doesn’t really get any better than that. I’m also looking forward to working with the team here to continue innovating our brewing processes and supporting Kona’s leadership and environmental stewardship in the community.”

Said Matt Licklider, Sr. Director of Brewing & Quality Operations, “We’re thrilled to have Billy’s breadth and depth of brewing experience help continue our growth at our Kona brewery. He will be a great mentor to the team, and he already embodies Kona’s Liquid Aloha spirit. Additionally, we’re excited to have Anthony Bledsoe, our previous Brewmaster in Hawaii, join the family in our Portland, OR brewery and bring his brewing and process engineering expertise to the mainland.”