California businessman John Gallegos has increased his investment in SouthNorte Beer Company, buying out Coronado Brewing’s minority stake in the brand and making him the majority owner of the San Diego, California-based microbrewery.

“In order to accelerate and really amplify the brand and to build the actual beer business, I’ve decided to increase the investment behind it,” Gallegos told Brewbound.

SouthNorte was founded in 2016 as a partnership between Gallegos, San Diego-based Coronado Brewing, SouthNorte head brewer Ryan Brooks and Brandon Richards, the former CEO of SouthNorte and Coronado and the current president of AleSmith Brewing Company.

“We have the same people behind the scenes,” Gallegos said. “We’ve just all kind of changed seats a little bit.”

Brooks, formerly a brewer for Coronado, remains SouthNorte’s head brewer. Coronado will continue to produce and package the SouthNorte brand’s beer under contract. Richards will remain in an advisory role.

“He really knows the industry inside and out,” Gallegos said of Richards.

SouthNorte grew out of the desire to combine two factors that were driving beer growth: craft beer and Mexican imports, Gallegos said. The company bills itself as a “cross-cultural cerveceria” and its cans declare the beer inside is “hecho en San Diego,” Spanish for made in San Diego.

“When you think about the beer world — craft, import, Mexican import — when you think of the fusion of cuisine, food and beverage, there’s just so much happening in that space, and we’re positioned perfectly for that,” Gallegos said. “And it’s always great when you’ve got a great product.” 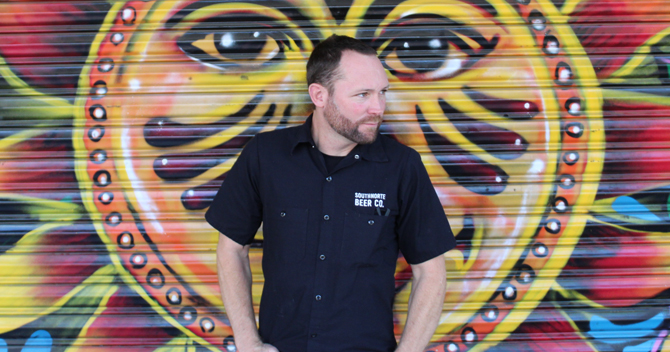 “He is the epitome of the SouthNorte story in and of itself,” he said of Brooks, who previously lived in Tijuana, Mexico, joined the homebrewing community there and met his wife before moving to San Diego, according to the company’s website. “He pours that, no pun intended, into the products he creates, and that’s awesome.”

Year-to-date, SouthNorte has sold 2,500 barrels of beer in San Diego and Tijuana. The company hopes to triple its volume in 2020, a SouthNorte spokeswoman told Brewbound.

“I’m used to doing it for clients; now I’ll be able to do it for a brand that I have a large investment in,” he said.

The first order of business for SouthNorte will be to hire a director of sales and marketing, who will be able to lean on United Collective’s services. Gallegos is looking for someone who is “culturally attuned” to the Southern California, border-straddling lifestyle SouthNorte embodies.

“Anytime that somebody is bilingual or bicultural is a plus, because they bring different perspectives,” he said.

A marketer himself, Gallegos has crafted a strategy to broaden the brand’s reach, which involves securing its current footprint first.

“We’re going to shore up San Diego and then look to other markets, especially expanding throughout Southern California,” he said. “We’ll prioritize markets where we think there’s a really healthy appetite and I would imagine markets that have a high demand for Mexican imports and/or craft will automatically bubble toward the surface.”

Although SouthNorte’s target consumers are Hispanic, Gallegos said the brand has mass appeal, based on the performance of Mexican imports.

“You start looking at that and you can’t help but notice that Corona and Modelo aren’t just sold in high-density Hispanic markets,” he said. “They are mainstream brands. Consumers across the mainstream are providing that growth, so there’s an appetite. We’ll look to that and be very strategic with our expansion.”