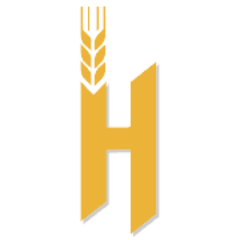 Waco, TX – Home brewers can now brew beer like any craft brewery using small whiskey soaked wooden barrels. HomeBrewing.com announced today that they have exclusively partnered with Balcones Distilling to resell their recently dumped 5 gallon whiskey soaked barrels. The barrels have been aged for a minimum of 6 months with Balcones’ award winning whiskey.

Wooden barrels have long been used in beer making. Wood adds additional aromas and flavor components such as vanillin, tannins, spice and toast that brewers can use to their advantage. Balcones’ barrels ship ready to fill with homebrewed beer and are ideal for beer makers looking to age barley wine, porter, stouts or sour projects. The barrels are made of American white oak, and have been charred on the inside which imparts vanilla, oak and smoke flavors.

Founder Chip Tate said about the new partnership, “Especially as long-time home brewer, we’re excited to be able to provide premium barrels to other homebrewers. I know from personal experience that these barrels are ideal for barrel aging beer without over-wooding the beer.” Balcones Distilling recently was awarded the title of World’s Best American Whiskey in the 2014 World Whiskey Awards.

“HomeBrewing.com has a large audience of home brewers looking to us to bring them something new,” said Christian Lavender, founder of the company. “We take that task very serious, just like our beer making.”

He went on to state, “The partnership with Balcones allows us to bring something special to our home brewers who are looking for new ways to impart big flavors in their beer. We’re honored Balcones chose us to help spread their barrels across the land.”

Within the US craft whisky industry, Balcones Distilling has become synonymous with expertise, innovation and precision, having produced some of the most highly-acclaimed artisanal whiskies in the world over the last five years since its founding in 2008. Chip and his crew built Balcones from scratch. From metal sheeting and copper, to old stainless steel vessels bought on eBay, the team built the Texan distillery from the bottom up. Since then, Balcones has gone on to the first distillery to be twice awarded Whisky Magazine’s Icons of Whisky – Craft Whisky Distillery of the Year as well as Wizards of Whisky’s Global Distillery of the Year and US Craft Distillery of the Year awards in 2012.