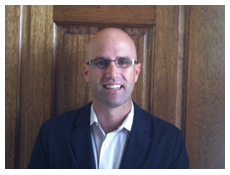 “With nearly two decades of sales experience in the beer industry, Christopher brings a strong history of leadership and success to his new role on the HEINEKEN USA Sales Management Team,” said Blazek.

Wade joined HEINEKEN USA in 2008, as the Zone Director for Texoma. He managed objectives for the zone and helped drive performance by overseeing distributor management, retail execution, and team development. Under Wade’s leadership, Texoma was the best performing zone in the Company three years in a row; delivered 14,000 new points of distribution and an incremental 464K cases versus the prior year.

Prior to joining HEINEKEN USA, Wade most recently served as a Director of Sales at Diageo Guinness USA. Appointed to this role in 2005, Wade was responsible for a volume base of 2.5 million and more than $35 million in revenue. He oversaw P&L, local marketing initiatives and managing team development. During his five year tenure at Diageo Guinness USA, Wade held multiple positions, including serving as an Area Sales Manager for Arkansas, Oklahoma, Kansas and Louisiana, and working as a Distributor Manager in Boston and New Hampshire.

Before joining Diageo Guinness USA, Wade served in a variety of sales roles at JJ Taylor Distributing and Bayside Distributing.

Wade will be relocating to the New York Tri-state area.