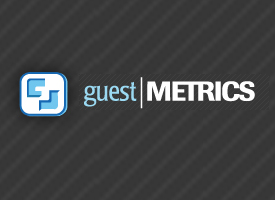 LEESBURG, VA – According to GuestMetrics, based on its proprietary database of POS transactions from restaurants and bars, Anheuser-Busch InBev, MillerCoors, and Heineken USA all lost share to craft beers in on-premise during 2012.

“Looking at the first 9 months of 2012 versus the same period in 2011, ABI, MillerCoors, and HUSA all lost ground to craft beers in on-premise,” said Bill Pecoriello, CEO of GuestMetrics LLC.

According to Pecoriello, ABI experienced a share loss of in on-premise at -55bps, and MillerCoors and HUSA had share losses of -50bps and -45bps, respectively.

“The share losses experienced by the ABI, MillerCoors, and HUSA came directly at the hands of craft beers, which gained over 2 points of share in 2012,” said Peter Reidhead, VP of Insights and Strategy at GuestMetrics.

Additionally, while ABI experienced the largest share loss in 2012 among the beer suppliers, when looking at the specific beer brands, the largest loss in share was experienced by Miller Lite.

“Generally speaking, the largest beer brands are the ones that continue to encounter the greatest difficulties in on-premise,” said Reidhead.

According to data from GuestMetrics, through the first three quarters of 2012, the largest share losses were experienced by Miller Lite (-65bps), followed by Bud Light (-45bps), Budweiser (-40bps), Corona Extra (-35bps), and Heineken (-30bps).

“It is important to note, however,” added Pecoriello, “that while the largest brands for ABI, MillerCoors, and HUSA have all been losing share in on-premise, those suppliers’ losses were partially offset by owning or distributing the five brands that achieved the largest share gains in 2012.”

“While success with those smaller brands certainly helped to offset the share losses experienced by their overall portfolio, given the fact Miller Lite, Bud Light, Budweiser, Corona, and Heineken account for a combined 31% of all beer sales in on-premise, it will continue to be a challenge for those suppliers to innovate or acquire enough brands to offset the long-term pressure facing their biggest brands, and it is critical that these brewers improve the effectiveness of marketing and promotion on their biggest brands” said Pecoriello.

GuestMetrics, LLC is revolutionizing how the hospitality industry operates. Despite the dawn of the Digital Age having begun more than three decades ago, the hospitality industry essentially functions the same way it did centuries before. GuestMetrics has cracked the code, turning billions of raw transactions into intelligible data that is fundamentally transforming the business operations of everyone from the independently-owned bar/restaurant on the corner, to multi-national chains, to the food & beverage companies that supply them. Please visit www.GuestMetrics.com for more information and to arrange for a free demonstration.