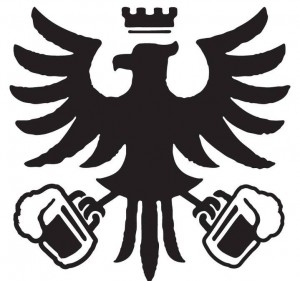 LOVELAND, Colo. — Grimm Brothers Brewhouse and the Loveland, Big Thompson, Kiwanis Club have partnered up to present Loveland Beer┬¡B┬¡Q to celebrate their 4th anniversary and to support the Kiwanis work in the community.

“From our beginning its been important that we partner with non┬¡profits and give back to our community. Our very first event back in our first tiny taproom benefited the community, we chose to continue that effort as we continue to expand.” Russell Fruits VP Sales and Marketing Grimm Brothers Brewhouse.

Grimm Brothers was one of the first in the early wave of new breweries to open in Northern Colorado four years ago. “Compared to today and the rapid rate of new breweries opening, we seem to be the middle generation. We had the mentorship of Odells and New Belgium to rely on, but there hadn’t been many new breweries on scene when we opened our doors.” Russell Fruits

The Loveland, Big Thompson, Kiwanis Club is heavily involved in work with children through direct service and financial support of child serving agencies in the Loveland area. The club helps to support organizations in town such as Hearts & Horses, Boys & Girls Clubs of Larimer County, Colorado Youth Outdoors and Loveland High School Key Club. They have run the annual Stars of Tomorrow show for over 50 years. The show gives local youth a chance to showcase their talent and has been a jumping off point for the likes of Grammy nominee Courtney Heartman and country music recording artist Aubrey Bullock. The club has many service projects like their Head Start Santa Project, when members dress as Santa Claus and provide books to every preschool child at the Head Start schools in Loveland. “We saw this event as a great opportunity to partner with a central business in the community that cares about kids. We hope to have a great time while raising funds to improve the lives of children in our town.” Rob Protzman (President Elect, Loveland, Big Thompson, Kiwanis Club)

Join us July 26th at 11am as we celebrate Grimm Brothers 4th Anniversary with a BBQ Competition and beer garden. The cometition is open to anyone and you can register at http://lovelandbeerbq.com There will be divisions for ribs, chicken, pork, and brisket with cash prizes going to the winners. All proceeds will go to support the efforts of the Loveland, Big Thompson, Kiwanis Club. Food will be provided for sale as well as to sample and Grimm Brothers Brewhouse will be tapping several specialty beers to celebrate the event. Also as in previous years a limited edition Anniversary stein will be available to purchase. Last year’s sold out minutes after the event started. The event will take place in the Grimm Brothers taproom located at 623 N Denver Ave in Loveland as well as the adjoining parking lot.

Grimm Brothers Brewhouse was founded by avid homebrewers captivated by the rich tradition of European beers. They knew that the long history of beer production in Germany and surrounding areas would give them plenty of tales to share with their customers. Inspired by the stories collected By Jacob and Wilhelm Grimm, they have crafted their beers to tell not only the story of Craft Brewing, but the harrowing and dark tales handed down through the generations.