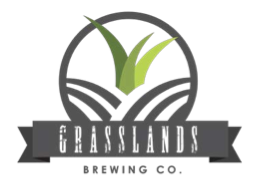 The Grasstacular Fundathon! is hosted on CrowdBrewed.com, an online crowd-funding platform similar to well-known sites like KickStarter.org. Crowd-funding is an innovative means for individuals, organizations, and businesses to accomplish strategic objectives with the collective support from friends, family & the general population. CrowdBrewed.com is a platform designed to specifically host craft brewery initiatives throughout the country.

GrassLands will utilize funds from its campaign to assist in offsetting the costs of a future pilot system, brewery and taproom build-out, and equipment integral to the company’s successful operation. The campaign also introduces the “GrassHoppers Membership Club”, a loyalty program that provides consistent benefits to GrassLands’ patrons such as access to special release brews, merchandise, and special events.

GrassLands Brewing Company is a production brewery in-planning, slated to launch and begin brewing in Fall 2014. Producing beer in a facility with an on-site taproom, GrassLands’ mission is to provide Tallahassee and Florida with outstanding, unique and innovative craft beers made with 100% natural malts, hops and adjuncts, sourcing local ingredients and recycled materials whenever and however possible in all facets of the brewery. GrassLands is committed to the local community, and animal welfare. Its slogan: “Earth First Ales” represents the company’s commitment to the conservation and sustainability of declining animal habitats.