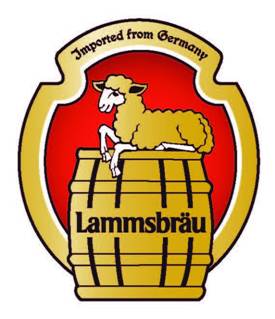 Kingston, MA — In December, gluten-conscious beer drinkers will enjoy a delicious new option at last: Lammsbr├ñu Pure Lager, a refreshing, Pilsner from Germany that is handcrafted to remove gluten. Unlike most gluten-removed beers, typically brewed from sorghum or millet, Lammsbr├ñu Pure Lager is fully organic, brewed with all-natural barley malt and hops.

As the world’s leading organic craft brewery, Lammsbr├ñu approached the creation of a palatable, gluten-removed beer as a challenge to be won. Not content to merely create an alternative beverage for gluten-concerned beer lovers, they set out to brew a product that preserved the real beer taste.

“We’ve searched the world over, and again and again this was the beer that both gluten-intolerant drinkers and beer lovers without dietary restrictions chose for its exceptionally-authentic taste,” says Lars Dahlhaus, Specialty Brands Manager at St. Killian, the exclusive importer of Lammsbr├ñu Brewery – Organic Beer from Bavaria . “This organic, vegan, gluten-removed beer will change the way that American drinkers think about gluten-free beers.”

Family owned for six generations, Lammsbr├ñu has long been at the forefront of environmentally-sound brewing practices, and that commitment extends to the sensibilities of beer drinkers. Brewed with only four ingredients ┬¡— mineral water, organic barley malt, organic hops, yeast — Lammsbr├ñu Pure Lager is endorsed by the German Celiac Society, and has long been a favorite among German consumers. Their proprietary process removes gluten from the beer during production and independent food laboratory tests — conducted on every single batch that is brewed — have never detected gluten in the finished product.

“For gluten-concerned drinkers, beer is one of the most beloved beverages they have to give up. As beer lovers ourselves, we simply couldn’t get accustomed to the idea that anyone should have to categorically swear off beer,” says Susanne Horn, General Manager of the Lammsbr├ñu Brewery.