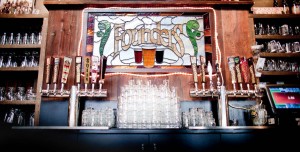 Grand Rapids, MI – We are delighted to announce the launch of Founders Brewing Co on draught in the UK. The first kegs will be served from March 13th in a select group of accounts with a wider roll out later in the year.

The launch of Founders Brewing Co draught will focus on All Day IPA with other beers due to arrive in time for summer.

“The reaction has been fantastic” comments James Clay, “there’s already a waiting list of accounts wanting to offer All Day IPA to their customers”.

American IPA is fast becoming the beer-drinker’s style of choice, but with most coming in at a heady 6 – 9% abv often one can’t enjoy more than a couple. Founders Brewing Co. All Day IPA is an award winning American Session IPA that has been expertly brewed to keep all the flavour of its stronger cousins, but at 4.7%abv. Developing the All Day IPA recipe was no easy task. “We recognized the need for a full-flavoured IPA with a lower ABV,” said Co-Founder Dave Engbers. “The challenge was creating a beer that had intense hop aromatics balanced with the malts without packing a big ABV punch.”

Orders with the brewery have been increased to fulfil the demand for this award winning session IPA. We don’t expect there to be a waiting list for long but I would advise getting your name down early to avoid disappointment. We’re also excited to be introducing other beers such as Centennial IPA and Rubaeus to the UK market later in the year.

The first kegs of Founders beers will be tapped at:

Pleased To Meet You — Newcastle