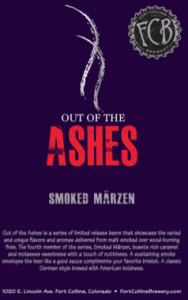 Breweries from the U.S., as well as Iceland, Australia, Canada, Belgium, Germany, Mexico, Brazil, Sweden, Finland and England competed in this year’s U.S. Open Beer Championship (USOBC). More than 3,000 beers representing 81 different categories were sent in and blind tasted before choosing the winners from each category.

The intense, malty brew of Wallace has a deep rich caramel complexity with a slight nuttiness and hints of roast, complimented with a clean, smooth warming quality that provides exceptional balance. MM is an artisanal bomber of limited release high-alcohol, cellarable beers. Each unique brew, which features its own monster, brings FCB’s experience in big, but balanced brewing to the forefront.

“It’s been a big year of growth for us with the commissioning of our new brew haus, and winning these medals is an exciting feeling for the brewery,” said FCB’s Operations Manager, Thomas Barnett. “This is only the beginning of what you can expect to see from FCB moving into the future.”

The Fort Collins Brewery is a family-owned, handcrafted brewery in Northern Colorado. FCB resides in a new 30,000 square foot facility with a full-size restaurant; Gravity 1020 Modern Tavern, offering a locally sourced menu and open 7 days a week. For more information, visit fortcollinsbrewery.com or call 970-472-1499. FCB Tasting Room is open Friday and Saturday from 11 a.m. to 7 p.m. Brewery tours run both days from noon to 6 p.m. at the top of the hour.