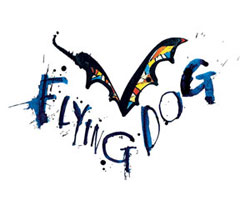 Who said newbie craft brew startups are the only ones allowed to launch new craft breweries?

As breweries in the craft beer sector continue to flourish, established companies, like the 25-year-old Flying Dog, are doubling down and looking to further capitalize on growth with entirely new brewery ventures.

Situated on approximately five acres of the recently launched Lucketts Mill Hopworks at Shadow Farm, which spans 53 acres, Farmworks will include a 15-barrel brewhouse, cellar, coolship, tasting room, as well as an extensive sour and barrel-aging facility.

While specific details about the project are still being finalized, Ben Savage, Flying Dog’s chief marketing officer, told Brewbound that Farmworks will function as a separate entity, owned by Flying Dog, and offer consumers a “unique concept and experience from what is going on in Frederick.”

“Our hope is to do highly experimental beers,” he said. “I think from our perspective, Flying Dog is doing really well as a successful regional brewery. This is such a departure from anything that we have been driven to do here in Frederick, and it made more sense to create it as its own entity, even if it is completely backed by Flying Dog.”

While the branding and product mix will differ vastly from what Flying Dog currently offers, Savage said the company is eager to draw on “decades of expertise” and will look to share resources.

“I’d hope that we’d have as many as we can make work,” he said, when asked how Flying Dog plans to leverage the existing supply chain to its advantage. “We are a few months away from having all of the details ironed out, but I’d be disappointed if we couldn’t find a way to share resources.” 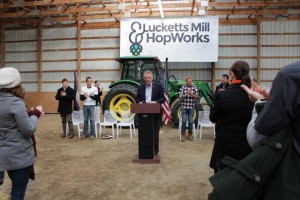 Flying Dog has yet to finalize some critical aspects of the project – like ownership structure and property arrangements – but Savage said that a “firm agreement” is expected before the end of January.

As of press time, it is unclear what investment, if any, Staples will have in the Farmworks venture.

“We are really excited to have Flying Dog on board at Shadow Farm,” Staples said in a statement. “They are a world-class brewery and they are the perfect partner to bring Virginia’s agriculture to life through a different and distinct experience that will offer a new array of fascinating beers.”

Flying Dog isn’t the only craft brewery to announce a new creation. Earlier this month, Port Brewing announced it would launch a third brand, Hop Concept Brewing, which will debut in February. That new line focuses on “simplifying the way consumers understand IPAs.”

Another Southern California craft beer company, The Bruery, also announced a rebranding of sorts this summer. The company plans to dedicate its focus on the production of farmhouse-style and oak-aged sour ales fermented with wild yeast strains under the moniker “Bruery Terreux.”

Lucketts Mill Hopworks, which will be operated by Cumberland, Md.-based Organarchy Hops, will be supplying Farmworks, as well as other regional breweries, with annual crops of Virginia-grown hops, the statement said.

California Shuts Down Breweries and Bars for All Indoor On-P...