Flying Dog Brewery is up 25 percent overall in 2011, despite an announcement in June that the company would be pulling distribution from 13 (mostly Western) states.

The move, which reduced the number of states from 46 to 33, allowed Flying Dog to focus on its home turf — the Mid-Atlantic.

The strategy paid off. The Frederick MD-based Dog is up 60 percent in the Mid-Atlantic and the Washington D.C. territory is up 100 percent. 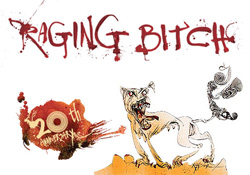 And while many other brewers have a ‘flagship’ offering that accounts for a majority of sales, CEO Jim Caruso said Flying Dog’s number one seller is Raging Bitch, which accounts for just 25 percent of overall production. Doggie Style Pale Ale and Snake Dog IPA are their second and third best sellers.

“Beers reflect the people behind the brewery and we like the distinct hop characteristics in beer,” Caruso said. “It’s no surprise that the hoppy segment of our portfolio is the big winner.”

Speaking of capacity, Caruso also said that he expects the brewery to reach its 110,000 barrel limit next year and is currently investigating ways to expand.

“If we think it is possible to expand in our current facility, we will make a decision by mid-summer,” he said.

Caruso also indicated that the company could potentially expand with a second location but admits that any groundbreaking is still a ways away.

“I’d be shocked if we were actually producing beer within the next 18 months in the expanded brewhouse,” he said. “We would have to spend a large ‘double comma’ amount of money on wastewater treatment but at this point, we are fairly confident that it is worth spending a couple hundred thousand dollars on architectural engineering studies to determine what our next move should be.”

A more immediate ‘move’ will be the introduction of cans in 2012. Caruso confirmed that the brewery will be launching new metal packaging next March.

The first beer to get canned is Underdog, a sessionable east coast pale ale that will check in between 4.5 and 4.8 percent ABV.

“We aren’t sure yet if we will call it a session beer, but everything about it will indicate to the consumer that it is an easier drinking beer with tons of flavor,” Caruso said. “I think this beer has the potential to be one of our top sellers next year.”

Underdog will replace Tire Bite Golden Ale and is one of 12 new beers planned for 2012. Caruso said that 10 percent of the brewery production (100,000 cases) will make its way into cans and expects Snake Dog IPA to be canned as well. The cans will be released only to the Mid-Atlantic market and consumers will recognize the slightly larger but familiar Flying Dog artwork.

Other new beers include an Imperial Hefeweizen, an Abbey Dubbel with the working title ‘Disobedience,’ a black lager brewed with cherries and a Gose.

But the brewery’s first major release of 2012 will belong to Wildeman, a variation of the Farmhouse IPA brewed earlier this year to celebrate the 25th anniversary of the legendary Amsterdam taproom, In De Wildeman.

“Wildeman will arrive in mid to late January and become a permanent part of our portfolio,” Caruso said.

And if that wasn’t enough, Caruso also teased two additional offerings fans can look forward to. Flying Dog will be partnering with The Perfect Truffle, a small, independent chocolate company also located in Frederick. Caruso and The Perfect Truffle Owner Randy Olmstead will brew up a special Chocolate beer just for SAVOR, the craft beer and food pairing event hosted by the Brewers Association each year in Washington D.C.

Caruso also mentioned a special collaboration with an international brewery but couldn’t disclose who.

“There are different ways you can come at a collaboration beer,” he said. “The approach we are taking, I don’t think anyone has done before. “

Flying Dog is also waiting on the delivery of four, 200 barrel fermenters which are scheduled to arrive in three weeks.