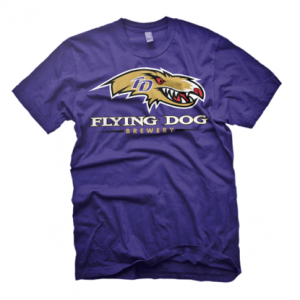 Before every Baltimore Ravens home game, Flying Dog Brewery will host live music and serve craft beer at the new Flying Dog Underpass on RavensWalk, one of the NFL’s best tailgate areas.

“The combination of local bands and local beer makes the Flying Dog Underpass the pregame destination for all Ravens and craft beer fans,” Flying Dog CMO Ben Savage said. “We’ll have Snake Dog IPA and our latest Brewhouse Rarities releases, which are small-batch beers exclusive to our local markets.”

In addition to live music, fans also can watch live NFL pregame coverage on a jumbotron at the Flying Dog Underpass while they pregame.

The Baltimore Ravens’ first preseason game is Thursday against the San Francisco 49ers. Kickoff is at 7:30 pm, so RavensWalk, which opens 3 hours before each game and closes at kickoff, will open at 4:30 pm. It is located on the walkway between Oriole Park at Camden Yards and M&T Bank Stadium, between parking lots B and C.

Inside the stadium, Flying Dog will continue to be the only local, Maryland-brewed craft beer available throughout the 2014 season.

“Just like the Baltimore Orioles, the Ravens continue to be progressive when it comes to craft beer,” Flying Dog CMO Ben Savage said. “Our local teams see tremendous value in supporting Maryland-based products and businesses.”

Favorites Snake Dog IPA and Pale Ale along with seasonals like Dead Rise OLD BAY Summer Ale and Dogtoberfest Marzen will be served throughout the stadium. Plus, fans can get tallboys in their seats with stadium hawkers stocking 16-oz cans of Snake Dog.

And no beer-and-sports partnership is complete without a t-shirt. Flying Dog is bringing back the Beer So Hard Tee, a limited-edition spin on every Baltimoreans’ favorite mascot, which is on sale now through the brewery’s website and at the brewery’s gift shop in Frederick, Md.

YouTube Bans Alcohol Ads and Others From Buying Masthead Space