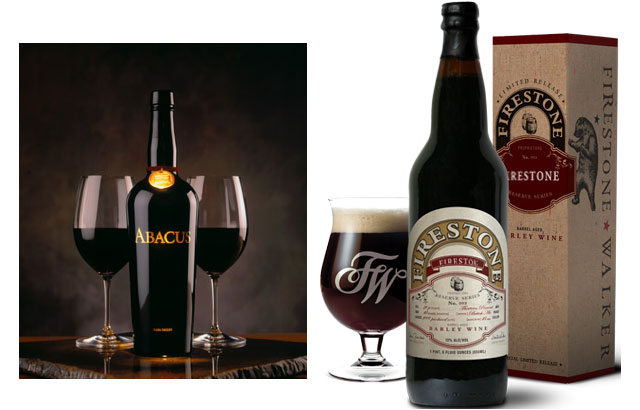 PASO ROBLES, CA – Earlier this month Firestone Walker officially removed the “Abacus,” as the name of their barley wine, from their website.

ZD Wines of Napa, CA makes a high-end Cabernet Sauvignon by the same name. They recently approached the brewery to inform them of a trademark they had on the name.

Below is the official press release from ZD wines which was published April 4th.

Said Brett deLeuze, ZD’s President, “ABACUS is ZD Wines’ ultimate Cabernet Sauvignon. We felt it was very important to protect our ABACUS trademark which we have spent so many years developing. We are very pleased with the outcome, and will respond vigorously to any similar challenges to our brand in the future.”

The Firestone Walker ‘Abacus’ is described on the brewery website:

The first bottling of Abacus from ZD wines was in 1999. The official description is as follows:

Abacus is our ultimate Cabernet Sauvignon, combining the best qualities of an aged wine with the best of a youthful wine, together in one sumptuous mouthful. Incredible depth and complexity along with a deep, lingering finish are backed by an intense fruit character.

Brett DeLeuze said that potential confusion around the two brands was the driving force behind the legal action, as both companies are distributed heavily across the same markets. The two parties have come to an amicable agreement and Firestone Walker has agreed to change the name.

Jamie Smith, Marketing Manager for Firestone Walker, confirmed to Brewbound that the name of the beer would be changed but they have yet to make a final decision as to what it will be. Smith did not rule out the possibility of running a promotion to re-name the beer. The next release of the formerly named “Abacus” is scheduled for March of 2012.