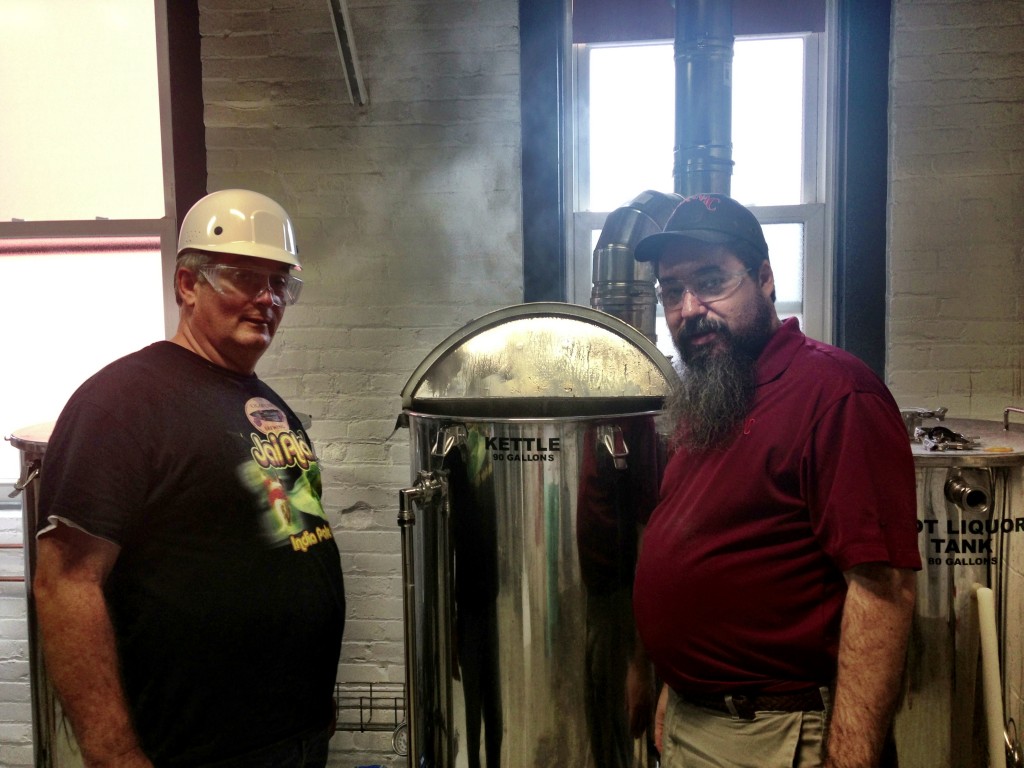 UTICA, N.Y. – Gose may not be a widely-known style of beer, but home brewer Carl Woodward partnered with Saranac brewers in the pilot brewery at F.X. Matt Brewing Company in Utica Wednesday in an effort to change that.

Woodward, of Panther Lake, won the chance to brew his Gose recipe at the historic brewery – which is celebrating 125 years of brewing this year – by taking “Best of Show” in the 2013 New York State Fair Home Brewer’s Competition.

Saranac brewers have provided expert guidance throughout the brewing process. The collaborative result will be entered into ProAm Competition at the Great American Beer Festival in Denver, Colo. in October.

“The craft beer industry is all about camaraderie and constantly coming up with something new and really distinctive,” said company President Fred Matt. “So what better way to honor our history and the industry than by sharing 125 years of brewing experience with Carl – an already talented home brewer.”

Gose is an old German-style unfiltered wheat beer made with 50-60 percent malted wheat. It is named after the German Town of Goslar, where it was first brewed in the 16th century. Its unique flavor is enhanced with ground coriander and salt.

Woodward said that brewing in a large operation has been an exciting change from the 25-gallon batches he makes in his garage at home.

“My favorite part of home brewing is sharing”, Woodward said. “I also really enjoy making something really different from what people are used to. This collaboration is giving me a chance to do both on a pretty big scale, plus I’m learning a few things along the way.”

Celebrate with us. Use #Saranac125 and connect with F.X. Matt Brewing Company and Saranac on Facebook (www.facebook.com/Saranac), Twitter (@SaranacBrewery), and Instagram (@SaranacBrewery). For more information, visit saranac.com.