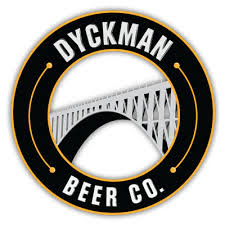 Uptown, NYC – Juan Camilo was born in 1985 in Santo Domingo, Dominican Republic. In 1992 the Camilo family relocated to the United States, first living in New Jersey, then Washington Heights and finally settling in the Bronx. Juan became A Better Chance Scholar and received a full scholarship to the Canterbury School located in New Milford, Connecticut.

With a Bachelor’s of Arts degree in Business Administration with a concentration in Finance. Without missing a beat Juan put his degree to work, landing a job at a bulge bracket investment bank. At the age of 21, Juan was already working on strengthening his skill sets such as knowledge on financial products, market economics, programming, as well as obtaining his securities license

During this time, Juan purchased a home brewing kit and began brewing beers inspired by the tastes and flavors he grew up with. He immersed himself in the fascinating world of craft beer and brewed different styles at home.

In 2012 Juan was debating whether to take the normal career path and apply to Business School and obtain his MBA like the rest of his colleagues. After visiting top MBA programs Juan knew that finance was not his passion. While on the subway reading the newspaper Juan came across an article titled “Craft Brews of New York.” The article described trends in craft beers and all the local breweries that were opening in New York City over the next few months. Juan quickly realized that there were no beer companies in the Washington Heights and Inwood area of Manhattan, one of the places he called home.

A couple of weeks later in November of 2012, after intense research on the business of craft beer Juan decided to pull the trigger given his home brewing and business background; the Dyckman Beer Company was born.