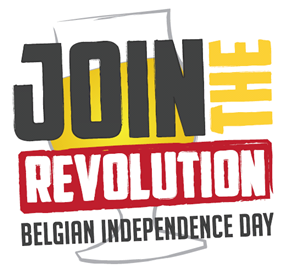 PHILADELPHIA, PA — Legendary Belgian Brewery and Importer Duvel Moortgat will celebrate Belgian Independence Day from Wednesday, July 17 through Sunday, July 21 (the official holiday) with a week of events to mark the uprising that separated Belgium from the Netherlands. Across the region, 10 various bars, restaurants and markets will serve Duvel Moortgat’s portfolio of award-winning Belgian and Belgian-style beers by the bottle and on draught, or during tap takeovers or as flights of beer created just for this beer-holiday.

“On July 21, 1831, the people of Belgium most likely toasted their independence from the Dutch by raising a glass of fine beer in triumph. It is a great time for Belgian beer novices to get to know these popular styles — and a great excuse for long-time fans to indulge in a pint or two, as well,” says Megan Maguire, Duvel Moortgat Market Manager.

Featured beers will include: Duvel, the iconic beer of Belgium has the rich flavors of a fine, blonde ale with the drinkability of a crisp lager; Duvel Single, a single-fermented, draft only offering with herbal, grassy and citrus notes with fine, soft carbonation followed by a crisp, dry finish; Duvel Triple Hop, the 2013 version showcases the Sorachi Ace hop alongside Saaz Saaz and Styrian Golding hops and lends pleasant citrus-filled lemon-lime aromatics and flavors; Maredsous Blonde, a blonde ale with soft malting and a slightly dry, gently hopped finish; Maredsous Triple, a golden-bodied Belgian triple with festive sparkle, creamy body and elegant smoothness; De Koninck, a sessionable pale ale with a full-bodied taste and velvety texture; De Koninck Winter, a deep amber-colored ale provides the perfect balance between bitter, sweet and dark caramel malt flavors (this beer was cellared for this special occasion, limited availability); and Ommegang Belgian Independence Day Double White, brewed especially for the occasion, is an amped up version of a Belgian White spiced with bitter orange peel, coriander and chamomile.

Wegman’s will be featuring samplings of Duvel and Duvel Triple Hop at various locations.