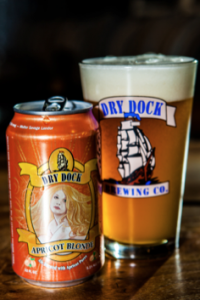 Dry Dock Brewing, named for co-owner Kevin DeLange’s love of nautical history and its location in landlocked Colorado, is Aurora, Colorado’s first microbrewery, founded in 2005. DeLange and Michelle Reding first opened the homebrew supply shop, The Brew Hut, next door and took on brewing as a side project in a tiny, 800-square foot brewery with only 25 seats. What began as a speakeasy has become one of Colorado’s largest craft breweries.

Dry Dock took home five medals from the Great American Beer Festival in 2013. In total, Dry Dock has been the recipient of 18 GABF medals, the prestigious Brewers Association’s Small Brewery of the Year award, and four World Beer Cups.