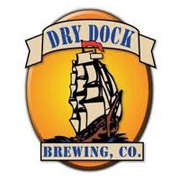 For the first time in Dry Dock’s eight-year history, four of its beers are available in infinitely recyclable cans from Ball that can go where Dry Dock’s customers go.

“Dry Dock’s decision to offer its craft beer in Ball cans further confirms the can is a sustainable consumer-friendly packaging material for craft beers,” said Rob Miles , senior vice president, sales for Ball’s metal beverage packaging division, Americas. “By moving to Ball aluminum cans, craft brewers are realizing efficiencies in energy and operating costs while delivering a differentiated product that is a perfect match to the growing craft brew marketplace. And since cans are impenetrable to light and oxygen and chill faster than other packages, the result is fresher, better tasting beer.”

“It was only natural to offer four of our most popular beers in cans including our Dry Dock Apricot Blonde, Hefeweizen, Amber Ale and Hop Abomination IPA,” said Dry Dock owner Kevin DeLange . “By putting Dry Dock’s beers in cans, our customers are able to take our award winning beer with them where bottles often can’t go, while protecting the beers’ delicate flavors.”

The Dry Dock beers are available in cans at Denver area liquor stores.

Ball Corporation is a supplier of high quality packaging for beverage, food and household products customers, and of aerospace and other technologies and services, primarily for the U.S. government. Ball Corporation and its subsidiaries employ more than 15,000 people worldwide and reported 2011 sales of more than $8.6 billion.