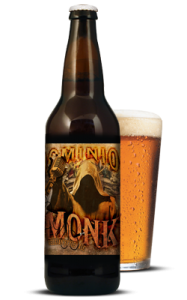 Legend has it this Belgian style ale was first brewed in 1840 using black market malt smuggled out of Plze? by monks. Recognizing those OGs, this hip-hop-inspired ale gives a head nod to risk-takers and dreamers. This Brewer/Retailer collaboration utilized Saaz, Tradition, Motueka and Nelson Sauvin Hops and Pilsner Malt, for a crisp, summer beer that sneaks in at 5.2% ABV and 45 IBUs. Release parties are planned for June 6th at Max’s Taphouse and June 20th at DC 9, featuring three live bands.

Casey Hollingsworth, Fordham & Dominion Vice President of Sales, opined, “Last year we got together with the Dawson’s guys and played around with this beer and did some draft-only events around town. We both felt so positive about the response that we decided to do a general market release this year. I think working alongside people in the same industry, who are from a different tier, helps you gain perspective all the way around.”

Walter Trifari, head brewer of Fordham & Dominion, described the process of creating Monk Czech, “Brewing with the team from Dawson’s was a real treat. Not only do they have a great outlet for beer, but they all know so much about styles and flavor. Once we brainstormed some ideas about what they were looking for, we could almost taste the final result. Monk Czech will be a mainstay for everybody’s back porch barbeque parties!!”

Danny Cipriano, Beer Manager of Dawson’s Liquors said, “When Dominion approached us to create this beer, we couldn’t have been happier. Walter and his brewing staff were incredible to work with. It’s a fantastic experience when people on both sides of the industry get together to share their knowledge and make something special.”

Monk Czech will be available in 22oz bombers and on draft in Delaware, Maryland, Virginia, and Washington, D.C.

About The Fordham & Dominion Brewing Co.