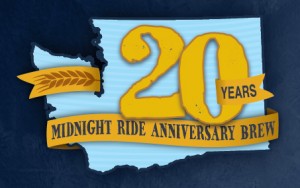 CENTRALIA, WA — It was over 20 years ago Dick Young started off as a humble home brewer, brewing in the back of Northwest Sausage & Deli. Since October 1994, Dick’s Brewing has grown from the flagship ale Dick Danger Ale to over 20 varieties of beer, a new brewery location and the 12 Man Pale Ale taking the Pacific Northwest by storm.

Dick Young started brewing as a home brewer in 1984. When he was not busy handcrafting smoked summer sausage and pepperoni at NW Sausage & Deli he was handcrafting small batches of beer. Dick built from scratch a three barrel brew house (which we still use today as our pilot system) to start designing and creating recipes in the back of the deli. The beer was so popular among Dick’s friends that he soon found himself exceeding the annual production limit for home brewers. In 1994, after many batches brewed, and many beers drank, Dick’s Brewing Company became a reality. In 2009, Dick’s Brewing Company moved from a 2,100 square foot building to a new brewery location on Galvin Road increasing our space to 18,000 square feet to support our growing production. Dick’s creative passion for brewing grew from just three recipes in 1994 to over twenty different styles in 2014. Sadly we lost Dick in 2009 and we continue his legacy by carrying on the passion for craft beer.

To celebrate our 20 years of brewing delicious beer we have created a special 20th Anniversary beer, Dick’s Midnight Ride. Dick’s Midnight Ride is a trip to the dark side. Our robust, NW Style CDA is bursting with Cascade and Centennial Hops, perfectly balanced with a rich dark malt profile. It is rich, dark and malty like a porter with a hop profile that rivals the best Northwest IPA’s. Dick’s Midnight Ride will be released to the public on Friday, July 18, 2014. The Brewery will be hosting a 20th Anniversary Party to the public at the Brewery on Saturday, October 25, 2014 from 3 — 8:30 pm. Dick’s Brew Crew created Midnight Ride to celebrate our journey of 20 years. With this special beer, we want to say “Thanks for a great ride and hold on because we have lots of miles left in the tank! “

All of us here at Dick’s are proud to continue the dream that our founder started, and we are proud to have you all along for the ride. From all of us at Dick’s Brewing we say cheers and thank you!