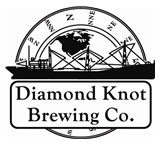 MUKILTEO, WA — As the original Diamond Knot Brewery & Alehouse undergoes major expansion, the management team has announced it will be suspending all operations at the waterfront location for about two months beginning in early January.

“We have to disturb several walls adjacent to the Alehouse to enlarge our kitchen, which is forcing us to have to temporarily close the Alehouse,” said Diamond Knot President Bob Maphet. “We weren’t looking forward to this phase, although we are all excited about finishing this project which has been in the planning for several months.”

The alehouse project, which will include expanding the kitchen, adding family-friendly dining on the south side, as well as coffee and ice cream service, comes in response to an overwhelming demand to offer more opportunities at this popular, historic location at the corner of the Mukilteo Speedway and Front Street, across from the ferry terminal to Whidbey Island.

After the loss of Woody’s and the upgrades to Mukilteo Lighthouse Park, Diamond Knot was asked to consider expanding into the vacant half of the building to meet the needs of locals and visitors alike. To keep the disruption to a minimum, construction began several weeks ago on the vacant, south side of the building. The suspension of operations is slated to begin Jan. 7 and is expected to continue through the end of February.

“We have very loyal customers and employees we highly respect and care about,” Maphet said. “This is our family. Disrupting service at the alehouse is the last thing we want to do, but it will be 100 percent better when we reopen. We are trying to keep the time of disruption as short as possible. In the meantime, we’ve maintained health care benefits for our full-time employees and made sure unemployment benefits were available immediately.”

The disruption comes at Diamond Knot’s slowest time of the year: January and February.

“If there was a way to pour beer at the Alehouse sooner, we would,” said Andy Eason, V.P. of Retail Operations. “Until then our Taproom will be open daily from 3 p.m. and the Pizza House will staff up during this time and hours will be extended as needed. We will also be increasing our staff considerably when we reopen, so we will begin the hiring process in February.”

Diamond Knot Craft Brewing first began operations at this location back in 1994, when they brewed and distributed their signature India Pale Ale out of the 300-square-foot space in the rear of the building that used to be a bus barn for local transit. In 1999, founders Maphet and Brian Sollenberger expanded Diamond Knot into the space occupied by Cheers Too!, where the Alehouse is today. It has since become a popular spot; so popular in fact, that the kitchen and alehouse cannot keep up with demand.

“We know our customers don’t want the Alehouse to change from its current state,” Eason said. “We don’t want it to change either. We are doing our best to minimally impact that side of the building.”

Diamond Knot owns and operates three restaurant locations and two breweries. The Brewery & Alehouse is complemented by the Pizza House at 403 Lincoln Ave. and the Taproom & Brewery at 4602 Chennault Beach Rd., both in Mukilteo. Diamond Knot Camano Lodge is located at 170 E. Cross Island Road on Camano Island. During the suspension of operations, there will be construction updates and videos posted to the Diamond Knot Website (diamondknot.com) and Diamond Knot Craft Brewing Facebook page.