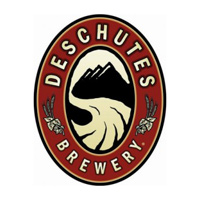 Steve Sierra, who was first introduced to Deschutes Brewery while working for various brewpubs and restaurants, will be responsible for managing sales efforts and distributor relationships in both Arizona and Utah. He brings several years of management and sales experience in the Phoenix area, most recently working for a large beverage distributor. When he moved over to the beverage distribution business, he was pleased to be representing Deschutes Brewery and some of his favorite beer. Now, he’s taken his love for Mirror Pond Pale Ale a step further as market manager for the brewery. He says selling Deschutes beer is easy, since he’s already a huge fan. An Arizona resident since the age of two, Sierra holds a bachelor’s degree in hotel and restaurant management from Northern Arizona University. Steve Sierra can be reached at ssierra@deschutesbrewery.com.

In their new positions, Taglang and Belusko will assist in managing a distributor network base and a large number of client accounts. They will also assist distributor staff in managing Deschutes Brewery craft beer brands, including working with retailers to identify and establish goals.

Chelsea Taglang, who is based in the Silverlake area of Los Angeles, has been intimately involved in the LA craft beer scene for the past two years as a server at the popular Blue Palms Brewhouse. She began her career in the beer industry waiting tables at a microbrewery in Maryland, where she eventually held positions as a bar manager and bar tender. Taglang is passionate about craft beer and excited to experience the brewery side of the business with Deschutes Brewery. She can be reached atctaglang@deschutesbrewery.com.

Timothy Belusko was born and raised in Orange County, and comes from a long family history in the beer industry. His interest in beer endured as he spent the last few years in an alternate beverage arena — as a barista and then store manager for Starbucks. Belusko was seeking to secure a position with a craft beer company when he learned of the opening at Deschutes Brewery. He sees tremendous room for growth in the Orange County area and is looking forward to providing education and support for the brand. He can be reached at tbelusko@deschutesbrewery.com.

Located on the banks of the Deschutes River in beautiful Bend, Oregon, Deschutes Brewery is in the business of daring people to expect more from their beer. That’s why we started off back in 1988, selling Black Butte Porter at a time when others were sure a dark beer would never catch on. Our brewers love to buck convention, especially if it makes someone nervous. For us, however, the highest praise is a raised glass and a toast of “Bravely Done!” For more information about Deschutes Brewery and its courageously crafted beers, please visit www.DeschutesBrewery.com, on Facebook at facebook.com/Deschutes.Brewery or on Twitter at Twitter.com/DeschutesBeer.