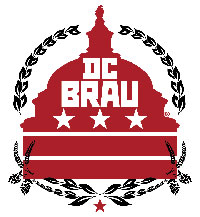 WASHINGTON — DC Brau Brewing Company is pleased to announce The Rider red ale; the next brew in its line of limited-release draft-only beers.

The story of the Rider is the story of the wandering soul. Never in one place too long, never staying for more than a song. The Hobo is a quintessential American icon. It is unclear when he appeared in our history but the Hobo was a hard working man who followed jobs from town to town relying only on the cold steel rails for home. The moniker Hobo comes from combining the first two letters of Homeward Bound.

Just like this relic of American folklore The Rider has done its share of wandering. This West Coast red has been around the world. It represents the nomadic combination of our house Belgian yeast strain mixed with the west coast giant Simcoe hop and an anonymous experimental variety that will forever remain nameless, as do the men who rode those rails so long ago.

“I Know You Rider, Gonna Miss Me When I’m Gone”

The beer will preview during the December 1st, 2012 “Growler Hours” and will be available city-wide, the following week.

The brewery will be increasing production from 5,000 barrels annually to over 12,000 barrels (One barrel equates to roughly two kegs of beer.) According to CEO Brandon Skall, the new tanks should be up and running by January. This figure more than doubles the DC beer company’s current production. “With all of the support and encouragement we’ve received from loyal bars, restaurants, and DC Brau drinkers, we’ll be able to make the in-roads into the rest of the region,” says Skall. “We’ve been eyeing Maryland distribution for a while, and this will give us the capacity to meet both the needs of Washington DC proper, as well as the rest of the Capital region.”

2012 also saw a small expansion of DC Brau, into the Charlottesville, VA region. “We wanted to test the waters with our capacity, and we had already laid the groundwork with Virginia distribution,” says Skall. “We know we’ll be ready for our loyal Maryland fans, in 2013.”