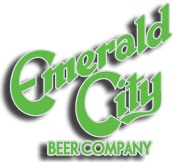 Seattle, WA – Crowdfunding is changing the way that startups are funded, and securities crowdfunding is intended to revolutionize private investment markets. For the first time ever, entrepreneurs will be able to solicit financing from virtually anyone in their professional and social networks. CrowdBrewed was created to provide a secure, transparent platform for companies to obtain the financing they need to grow their businesses.

“We’re thrilled to have Emerald City Beer Company as our maiden equity campaign,” says CrowdBrewed CEO Travis Benoit. “ECB is a great group of people and even better, the beer is outstanding.”

For more information, or how to sign up as an accredited investor, please visit their website at http://www.crowdbrewed.com or email them at info@crowdbrewed.com.

CrowdBrewed.com is a crowdfunding platform for craft brewers and industry affiliates who want to raise money for their breweries, to add new beers to their catalog, pitch a product and to spread the word to the “crowd”. Brewers and industry affiliates can create fundraising campaigns that tell their story and pitch their campaign to a “crowd” of donors in exchange for a reward or product.

Emerald City Beer Company (ECB) is fanatical about creating the Seattle Lager—a style, culture and taste that is Seattle beer. Found in August 2010 and located out of the Old Rainier Building in Seattle, WA. Our founder/Brewmaster, Rick Hewitt, has been brewing new beers since his grad school days at the University of Washington in 2005.

Across America, the craft beer industry is flourishing! Washington State, specifically Seattle, is in a unique position. A large portion of the country’s hops are grown in state, and as a result, demand for our local craft beer is off the charts.

Most beer served in the US today is a lager style, pilsner, however, most craft beer is focused on ale styles. Ales are a flavorful and bold contrast to lagers, but are certainly not intended to be crisp & easy drinking like pilsners. ECB makes craft lager beer for those who want it all, flavorful & easy drinking.