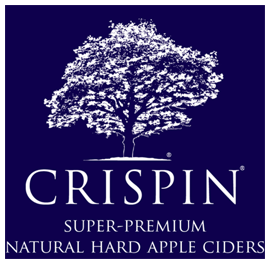 COLFAX, CA — The Crispin Cider Company announces a uniquely fulfilling and mouth-watering partnership between the American hard cider company and the Cochon Heritage Breed Pig Culinary Tour. Crispin will be the Official Hard Cider of the Cochon US Tour.

“Farm To Table. Orchard To Bottle. We believe that Crispin and the Cochon US Tour both illustrate authentic American flavors,” says Joe Heron, Crispin CEO & President. “We like to think we make American ciders with character, personality and a sense of adventure — naturally fermented fresh-pressed unpasteurized American apple-juice, using fruit picked on American farms. The combination of pork and cider is an age-old tradition. Combining Crispin with the expert grilling of rare heritage breed pigs, farmed on American family farms, is a unique, beautiful culinary adventure”.

Now in its fifth year, Cochon 555 has made a huge name for itself in the national culinary scene. In events across the US, five chefs make amazing dishes using five heritage breed pigs, snout to tail. It is an exemplary demonstration of culinary skill.

“The Cochon US Tour is a journey that food lovers want to join, a simple approach

Tail To Snout. Coast To Coast (And Hawaii) — 2013 Tour Dates And Locations

About the Crispin Cider Company

The company is based in Chicago, IL & Colfax, CA.

Created by Brady Lowe in 2009 to help educate consumers about heritage breed pigs, Cochon is a national event series that takes place in 16 major markets. Since inception, the tour and its programs like Chef’s Course have supported responsible family farming across the country. As a result, thousands have feasted on heritage breed pigs and reinforced thousands of conversations surrounding responsible agriculture each year. Before 2013, the tour will have donated more than $270,000 to charities and directly paid over $400,000 to great farmers across the country. For more details about the events, visit www.cochon555.com or follow @cochon555 on Twitter.