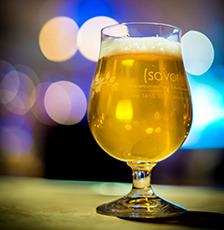 New York — The American craft brewing community is renowned for its ingenuity and versatility in producing an expansive range of delicious beers. This inclination towards creativity was reflected in the wide variety of beer styles served on June 14 and 15 at the sixth annual SAVORSM: An American Craft Beer & Food Experience, presented by the Brewers Association (BA). SAVOR, the nation’s benchmark craft beer and food pairing event, featured beers from 76 small and independent craft brewers in 2013, encompassing an impressive 39 different styles.

At the top of the long list of SAVOR beer styles is the ever-popular India Pale Ale (IPA), with variations accounting for 33 of the 152 craft beers poured at the event. IPA remains one of America’s favorite styles, and it has been the most-entered category at the Great American Beer Festival┬« and World Beer Cup┬« since 2001 and 2008, respectively. Belgian Style Ale was the second most represented category (20) at SAVOR, followed by Imperial IPA (10) and Saison (10). Equally impressive is the fact that 19 styles were represented by only one beer, proving that American craft brewers are not afraid to stray from the norm.

“When it comes to pairings, one of the key aspects that sets craft beer apart is the fact that there are multiple beer styles to complement and contrast nearly any food or flavor profile,” said Julia Herz, craft beer program director for the Brewers Association. “This is evident both in the broad variety of styles that craft brewers served at SAVOR 2013 and in the palate expanding experience from the pairing menu.”

The SAVOR food menu is meticulously planned by BA culinary consultant Adam Dulye, James Beard Award-semifinalist and chef/owner of The Monk’s Kettle and The Abbot’s Cellar in San Francisco, as well as a select group of chefs and Cicerones┬« specializing in beer and food pairings. Breweries helped contribute to the 2013 menu selection process by providing flavor profiles of the beers that they planned to serve at the event. These profiles then guided the overall development and flow of the menu by Dulye and his team.

“The small and independent craft brewers who participated at SAVOR this year presented us with endless pairing possibilities,” said chef Adam Dulye. “Pairing craft beer with food is a unique experience that has proven to be a beneficial and enriching part of the food arts world.”

Additional event details can be found at the SAVOR website and on CraftBeer.com.