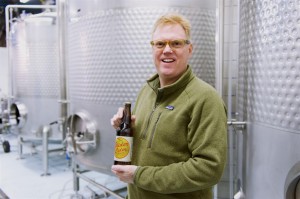 Denver, Colorado — On May 17 from 1- 4 PM, Colorado Cider Company will host a membership rally for the Boulder, Colorado-based American Homebrewers Association (AHA).

“With the growing popularity of cider making in the homebrewing community,” says AHA Director Gary Glass, “the American Homebrewers Association is excited to have Colorado Cider host the first AHA membership rally ever held at a cidery.”

“In a survey we conducted of homebrewers last year,” Glass reports, “we found that 38% of our members have made cider. That percentage is up from 33% reported by members in a 2010 survey.”

“We want to help more homebrewers add cider to their list of fermented creations,” Page says. “If we can get more people using the apple in their homebrewing, that’s good for beer makers and cider culture.”

The event will feature tours of the Colorado Cider facility, samplings of the company’s creations, educational info on cider making, local food trucks and cider-minded fellowship.

Admission to the event is free for current members of the AHA. AHA members can RSVP and get more details on the event at http://www.homebrewersassociation.org/events/colorado-cider-co-aha-rally/

Non AHA members can attend this event by joining the AHA at http://www.homebrewersassociation.org/membership/join-or-renew/ . Or they can join the AHA at the event and sign up at a discounted rate for rally attendees.

Homebrewing and home cider making have had a close relationship for many years. “Homebrewers,” Glass says, “seem to have a natural affinity for cider. More so than wine makers, even though cider is technically a wine.”

Page attributes some of his industry’s success to homebrewers and craft beer fans. “Cider is being embraced by craft beer consumers,” Page says, “and that’s a big reason for the rise of the cider industry. Craft drinks consumers are open minded and willing to add another craft beverage to their mix.”

Page is one of a small number of US brewers who’ve made the jump to the cider side. He was one of the first brewers for Wynkoop Brewing Company when it opened in 1988. In 1989 he became the brewmaster and a founding partner of CooperSmith’s Pub & Brewing in Fort Collins, Colorado.

Brad and his wife Kathe Page then pioneered craft brewing outside of the US when they opened a brewpub in Buenos Aries, Argentina in the late Nineties. A few years later they returned to the US and began planning Colorado Cider.

The state’s second commercial cidery and the first in the Denver area, Colorado Cider opened its tasting room doors on November 11, 2011. The Pages have worked to enlighten Colorado consumers about hard cider and have paved the way for future cider makers in the state.

The company’s modern take on its historic beverage includes a mix of traditional creations and inventive, boundary pushing ciders. Colorado Cider’s creations include Glider Cider, Glider Dry, Grasshop-Ah, Pome Mel and others. They are distributed in Colorado by Elite Brands.

Kelly Reitan is Colorado Cider’s head cider maker. She is a Colorado native and one of very few female cider makers in the US.

More information can be found at www.coloradocider.com .