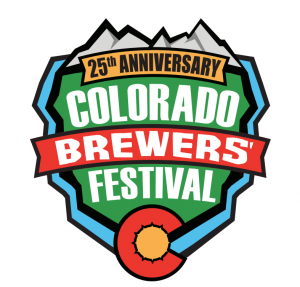 The 25th edition of the COBF will present nearly 100 Colorado craft beers from 50+ Colorado breweries. This year’s COBF will include new features that give beer lovers and non-drinkers a chance to visit downtown Fort Collins and “Experience What’s Brewing in Colorado.”

The festival was started in 1990 when Fort Collins brewers Doug Odell (Odell Brewing) and Brad Page (Coopersmith’s Pub & Brewing) approached the Downtown Fort Collins Business Association with the idea of a festival to showcase local brewers.

At the time, Fort Collins had just three microbreweries, Colorado’s micros could be counted on two hands, and the world snickered at America’s beer culture.

“The Colorado Brewers Festival,” recalls Page, now the founder of Colorado Cider Company, “was the first statewide beer festival. It legitimized our industry.”

Today Fort Collins has 14 breweries, Colorado’s brewery total is heading for 300, and the US has become the most advanced brewing nation on earth.

“Fort Collins,” Doug Odell says proudly, “is one of the most respected brewing centers in the United States. The Colorado Brewers’ Festival has played a significant role in our city’s beer-centric progress and helped make Colorado one of the nation’s best states for craft beer.”

In a change that reflects the fest’s first years, this year’s COBF will feature free admission. Patrons can enjoy the fest’s entertainment, attractions and activities for no charge.

“There will be no entry fee for the 2014 Colorado Brewers Festival,” says festival director Peggy Lyle. “We’re making it easier for more people and families to come in and enjoy the bands, food and recreational activities we offer beyond beer.”

Beer lovers looking to sample the liquid art at the COBF can purchase a $20 Beer Package that includes 10 “Festival Buck” tickets for ten samples of beer. The Beer Packages are available at the festival and online in advance.

Buyers of the online Beer Package receive special perks, including a 12-oz commemorative beer-tasting glass and automatic entry in a drawing to win a Year of Beer from Odell Brewing Company. Beer lovers can purchase additional Festival Buck tickets at the event.

Online Beer Packages go on sale May 1 at www.DowntownFortCollins.com .

Each Festival Buck ticket gets attendees a 4-oz sample of the flagship, seasonal and specialty beers on the COBF’s 80 main taps. Tickets can also be redeemed for a 2-oz sample of limited-release and smaller-batch beers in “The Summit,” a new festival area that will showcase hard-to-find and rare beers from Colorado breweries. The Summit is presented by the Colorado Brewers Guild.

The festival grounds will include designated areas themed around iconic Colorado places, and each area will offer unique opportunities. Those opportunities include a zip line and a climbing wall in “The Wilderness” area, Colorado products from vendors in “The Backcountry,” and unique beers and “Beer School” education in “The Summit.”

Beer lovers can also attend the All Brewers’ Eve beer dinner on Friday, June 27 from 6-9 PM. There they will taste exclusive Colorado beers while mingling with beer enthusiasts and brewers and enjoying beer & food pairings.

More new features for the festival will be announced over the next few weeks.