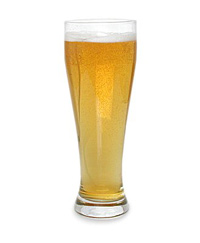 CHICAGO – It’s the largest beer market in the world and it seems that when it comes to its importance for manufacturers, there will be no half measures–as latest research from Mintel reveals that China’s beer market grew by 29% in volume terms in the five years to 2011, to reach an all-time high total volume of 50 billion liters for the first time in 2011.

Furthermore, the market also grew 63% in value terms over the same period to reach a total market value of RMB 454 billion in 2011, with average value per liter of beer sold rising by 27% since 2007, indicating that the market has seen significant development towards consumers drinking more higher-value beer products. More significantly, there was a marked uptick in growth in volume beer sales in 2011, rising year-on-year to 2011 by 12% compared to only 6% volume growth in 2010, pointing to renewed consumer interest in consumption of beer.

“China is where the leading multinational brewing groups are hoping to make the most growth these days, compared to relatively flat established markets elsewhere and the continued growth in sheer scale is a key factor in that interest. With continued rapid rises in average incomes and the general feel-good factor about China’s continued economic growth, consumers are not only drinking more beer, but are also beginning to drink more expensive beers. Consumer confidence has also translated into more people going out to eat, and this caused catering sales to continue to see an increase in significance to overall beer sales compared with retail sales.”

“While the market is booming, brewers need to compete more cleverly than ever before in order to engage with key consumer groups in China who will be key purchasers in the coming years, including the youth and women’s markets, as well as connoisseur drinkers of premium beers. The recent drop in growth of wine and spirits sales could leave room open for high-end ‘snob-brews’ to find new interest. Indeed, the fact that wine and spirit sales have dropped, despite having enjoyed really strong recent growth, makes it the perfect time for premium beers to press the right kind of new interest buttons of the ever-fickle Chinese brand- and image-conscious consumers.” Matthew Crabbe continues.

Interestingly, brand ranks equally with taste for Chinese consumers when it comes to beer–and a quarter (25%) report these factors being the most important when choosing beer, much ahead of price which is the most important factor for just 8% of consumers. Conversely, advertising appears to have little impact as just 1% of Chinese consumers claim this factor to be the most important. Draft beer tops the list of type of beer drunk for the Chinese consumer, with 72% of beer drinkers drinking this variety. Pasteurized beer (53%), fresh beer (37%), iced beer (30%) and Weissbier (28%) also top the table in terms of preference. Fruit beer and stout are also popular with around one in five consumers in China, with 23% and 21% choosing these types respectively, as are low-alcohol and alcohol-free beers with 14% of consumers each.

When it comes to the top reasons for drinking beer, some 73% of Chinese consumers claim they do so when socializing with friends or family. The remaining top five reasons are: when eating at banquets or parties (62%), when entertaining guests at home (61%), accompanying a meal (44%) and when socializing with people after work (43%). Around a third (33%) of Chinese consumers claim to drink beer to wind down after work, and nearly one in 10 (9%) claim to drink it after playing sports.

However, in terms of Global New Product Development (NPD), the US accounted for 22% of new product launches in the beer category globally in 2011, followed by Finland with 7%, the UK with 6%, China at 5% and France at 4%. In order to continue such strong volume and value growth, Mintel finds that the need to focus on product innovation remains key for those wishing to capitalize.

“Increasingly competed between the leading beer groups, China’s beer market still needs to see more innovation in products, packaging, regional and national branding and engagement with consumers, in order to maintain per capita growth, and encourage sales of more premium beers. Although beer companies have recently been more actively pursuing the youth market, few have really engaged with female consumers as a group in their own right, and who represent a key growth consumer group. Older and wealthier consumers are increasingly becoming ‘connoisseurs’ of premium beers, but mostly for imported brands, and there is potential to premiumize local brands, especially regional favorites.” Matthew Crabbe concludes.