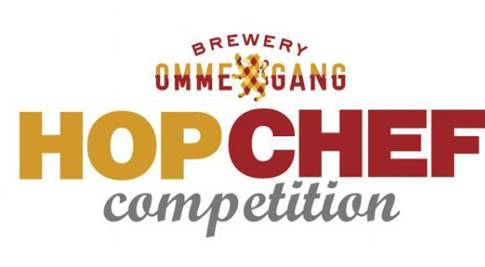 COOPERSTOWN, N.Y. — Brewery Ommegang and SAVEUR Magazine are teaming up for another edition of the national culinary competition, Hop Chef. Hop Chef, which challenges chefs to create the perfect ‘beer and food’ pairing, makes its Boston debut on June 26 at 7:00 pm at the Cyclorama at the Boston Center for the Arts.

This event is the second of four regional competitions pitting chef against chef, each vying to compete for national Hop Chef honors later this year at Ommegang’s annual “Belgium Comes to Cooperstown” festival. Hop Chef is part of Ommegang’s Great Beer Deserves Great Food initiative — dedicated to the advancement of great beer as a perfect complement to fine fare.

This year, Ommegang and SAVEUR use the Hop Chef platform to bring together beer lovers, iconic chefs and local food purveyors to benefit an important cause in each participating city. In Boston, proceeds will benefit the Boston Center for the Arts which focuses on performance and visual arts and connecting art to the community. Funds raised through Hop Chef benefit food-related programs at BCA.

“Boston has a rich brewing history and is where I got my start in beer,” said Phil Leinhart, Ommegang’s brewmaster. “With world-class dining and craft breweries, big and small, Boston is a perfect location for a Hop Chef competition. It’s doubly rewarding to be bringing this event to Boston while supporting a great institution like the Boston Center for the Arts.”

Hop Chef Boston features Joshua Smith of Franklin Café, Brian Young of Citizen Public House, Andy Husbands of Tremont 647, Michael Lombardi, Jr. of The Salty Pig, and Josh Harrison of Publick House. Each chef prepares a dish paired with an Ommegang ale then present and defend their dish to a panel of local and national food critics. In addition to reaping Beantown bragging rights, the winner has an opportunity to compete for the grand prize in Cooperstown, which includes a 12-month position on SAVEUR Magazine Taste Makers Board, a showcase area with Brewery Ommegang at SAVEUR’s Summer BBQ 2014, and a showcase at StarChef’s International Chefs Convention 2013. Secondary prizes are provided by co-sponsors and culinary leaders StarChefs, VerTerra, Shun, Lodge, Cuisinart, GelPro, Epicurean, T-Fal, and Bioletti.

Dishes will be judged on their adherence to one of five Hop Chef Pairing Principles: simple pairing-direct interaction of taking a bite of food and a sip of beer, incorporation-use of beer in the cooking process, mimicking-matching the flavor profile of the dish with the flavor profile of the beer, storytelling-how it was made and why, and experimental-making beer the star of a unique dish.

Three hundred lucky guests will get to watch, sip, and taste dishes served sustainably on VerTerra dinnerware as the culinary competition heats up and the chefs each present their dishes to the judges. The winning chef goes on to compete against other national winners at Ommegang’s “Belgium Comes to Cooperstown” Festival onAugust 2-4 in Cooperstown, NY where the 2013 HOP CHEF Champion will be crowned.