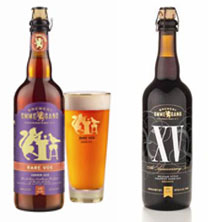 (COOPERSTOWN, NY – Brewery Ommegang has previously won European Beer Star awards and this year Ommegang brought home a record four more. The European Beer Star competition, one of the most prestigious beer competitions in the world, is now in its ninth year. Each year brings together local, regional, national, and international breweries to compete for awards that honor the world’s best brewing in the European style. 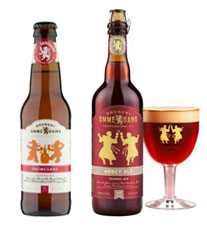 On October 12th, 2012, a panel of 100 beer experts tasted and judged 1,336 beers in 50 categories at the Doemens Academy in Munich, Germany. The awards given are for authentic, distinctive beers of impressive taste and quality that best fulfill the criteria of the particular style. The beers are evaluated on the basis of purely sensory criteria.

The awards are given on the Olympic grading scale of Gold, Silver and Bronze, and Ommegang met the criteria for at least one beer in each category. Gnomegang, made in collaboration with Brasserie Achouffe of Belgium, is a Belgian-style Triple Ale that received a Gold Award. A new Ommegang beer, XV Anniversary Ale is a Belgian-Style Dark Ale, and it won a Silver Award. Two Ommegang ales also won Bronze Awards: Abbey Ale, a Belgian-style Dubbel Ale, and Rare Vos, a Belgian-style Amber Ale.

The prizes will be awarded on November 14, 2012, in the Nuremberg Convention Center, in Nuremburg, Germany.

Brewery Ommegang opened in 1997 to craft-brew fine Belgian-style ales. The brewery creates six ales year-round as well as a range of seasonal and specialty ales. The beers have won national following by connoisseurs of fine beer and are distributed in over 40 states. The brewery is located on a 136-acre farmstead in Cooperstown, New York (656 County Highway 33) and offers free daily tours and tastings, as well as a well-stocked brewery store and café. Ommegang is open every day of the year except for Christmas Eve day, Christmas Day, Thanksgiving Day, and New Year’s Day. For more info, contact info@ommegang.com, call 1-800-544-1809, or visit www.ommegang.com. Ommegang is a member of the Duvel family of fine beers. Follow on Twitter (@BreweryOmmegang) and like on Facebook.