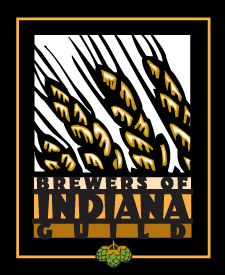 INDIANAPOLIS — The Brewers of Indiana Guild (B.I.G.) held its annual meeting on Saturday, April 20th at Sun King Brewing Company in Indianapolis. Founded in 2000, B.I.G. is a unified voice for craft brewers in Indiana and represents all of its 63 breweries.

The Board, which is made up of brewery owners and brewers from across Indiana, elected Clayton Robinson from Sun King Brewery as President, Ted Miller from Brugge Brasserie as Vice President, Chris Stanek of Crown Brewing as Treasurer, and as Jeff Eaton from Barley Island Brewing as Secretary.

“I’m excited for the opportunity to help lead the growing movement that is craft beer in Indiana,” said Clay Robinson. “We have seen tremendous growth in the number of breweries in Indiana and we need to continue to educate consumers and share the great things about craft beer from its depth and range of flavors to the way our brewers, who are all independent business people, give back to their local communities.”

To learn more about craft beer and breweries in Indiana, visit the Brewers of Indiana Guild website at www.brewersofindianaguild.com

About Brewers of Indiana Guild

The Brewers of Indiana Guild (B.I.G.) was organized to provide a unifying voice for the craft brewers and brewpubs of Indiana. Its goal is to promote public awareness and appreciation for the quality and variety of beer produced in Indiana. Through economic development, academic research, and educational programs, B.I.G. brings benefits to a larger community than just its members. B.I.G. works closely with local farmers, grocers, and restaurants to promote locally grown produce, meats, dairy and other products, as well as with the arts community to showcase Indiana’s extremely talented performing artists.